Toyota Motor Corporation's V family of engines were a longitudinally mounted V8 engine design. They were used from the 1960s through the 1990s. The V family engine was used in the prestigious Toyota Century. Toyota had worked with Yamaha to produce the first Japanese full aluminum alloy block engine. The V Family is often referred to as the Toyota Hemi as the engine features a similar cylinder head design to those found on the Chrysler's Hemi, even though most of the engine design is completely different.

The V 2.6L engine was first used in the Crown Eight from 1964 to 1967 as part of the second generation Crown range. Thereafter the Crown Eight was replaced by the upmarket Toyota Century.

The V series engines, like several Toyota Motor Corporation engines (e.g. 2T-C, 2M, 4M etc.) at the time had a hemispherical combustion chamber. The position of the spark plugs, like the 2T-C and Chrysler's Hemi, were located on the top of the head. 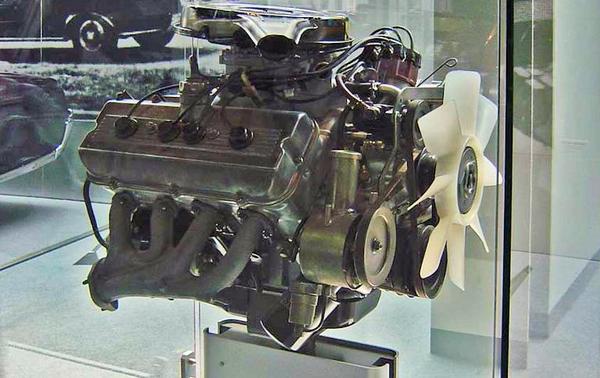