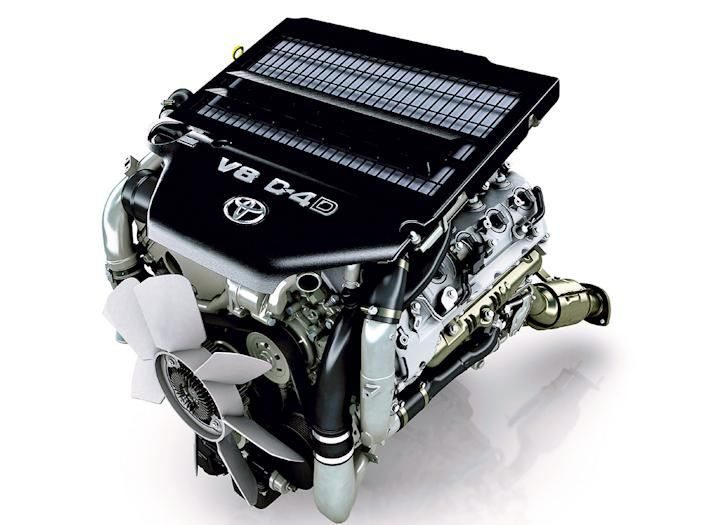 The Toyota 1VD-FTV engine is the first V8 diesel engine produced by Toyota. It is a 32-Valve DOHC, with Common Rail fuel injection and either one or two Variable geometry turbochargers.

The single-turbo variant of this engine was first used in Australia commencing March 2007, fitted to the 70-series Land Cruiser range. The engine is available in Australia, India, Central and South America.

The twin-turbo variant saw its first use in September 2007 fitted to the 200-series Land Cruiser wagon, which is available in various worldwide markets. It is also installed in some variants of the Lexus LX570 wagon.