The Toyota T series is a family of inline-4 automobile engines manufactured by Toyota beginning in 1970 and ending in 1985. It started as a pushrod overhead valve (OHV) design and later performance oriented twin cam (DOHC) variants were added to the lineup. Toyota had built its solid reputation on the reliability of these engines.

The 4T-GTE variant of this engine allowed Toyota to compete in the World Rally Championship in the early 1980s, making it the first Japanese manufacturer to do so.

The T-U also appeared in 1977 with even stricter emission equipment for Japanese market non-commercial vehicles.

The 2T engines are usually coupled with either a T40 4 speed/T50 5 speed manual transmission, or an A40 3 speed automatic transmission.

This engine was also commonly used in Australian Formula Two race cars during the 1970s and 1980s, where they typically made between 180 and 200 hp. The 1979 championship was won by a Toyota 2T powered Cheetah mk6. In 1984 Peter Glover borrowed a Cheetah mk7 powered by Toyota 2T for one round. The car won the round and helped secure the championship. 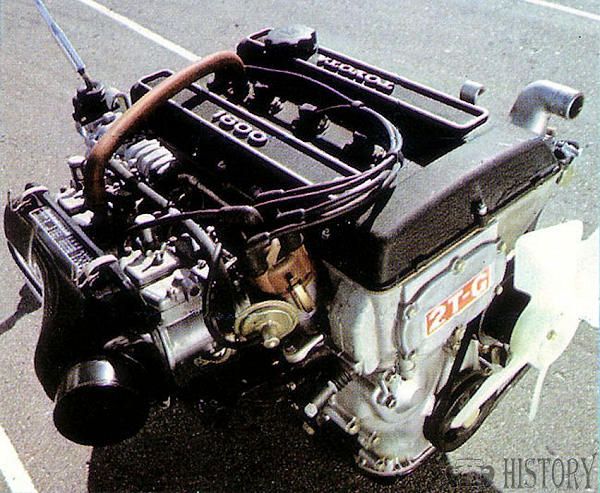 The 2T-G was replaced by the 4A-GE in most applications.

Like the 2.0 L 18R-G, the 2T-G was considered the flagship engine of Toyota's 1600 class until it was superseded by the 4A-GE in the 1980s. The 2T-G is still a popular engine for conversions to classic Celicas and Corollas and are often suitable for classic and formula racing series.

When bored out to a maximum of 89 mm and combined with a 3T crankshaft, the 2T and 2T-G will have a displacement of almost 2.0L. The 2T and 3T series use the same connecting rod dimensions, with the different pin heights on the pistons. Aftermarket pistons are available from very low (<7:1) through to very high (>13:1) compression ratios. Racing 2T-G engines ("NOVA") featured 87.0 mm bore and 84.0 mm stroke for a 1,997 cc displacement. Output is around 170 PS (125 kW) at 6,000 rpm with a 12:1 compression ratio. This engine was used in Formula 3 cars in both Europe and Japan (where it dominated), as well as in Formula Pacific (FP). 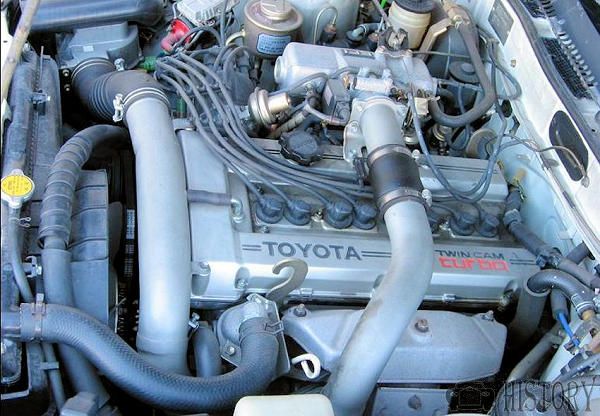 The 3T-GTE, first released in September 1982, is the most performance orientated version of the 1,770cc 3T engine. It features a hemi chambered 8v twin-cam head with twin-spark (two spark plugs per cylinder) design and swirl inlet ports for better efficiency. The EFI system saw the introduction of knock control. It is turbocharged by a Toyota CT20 Turbo (the same unit as used in the 2L-T diesel) to generate 160 PS (119 kW) at 6,000 rpm and 152 lb·ft (206 N·m) at 4,800 rpm. This was the first turbocharged twin-cam engine built in Japan. Units built after May 1983 received a water cooled turbocharger. The engine was considerably over-engineered for durability, for instance featuring doubled cam roller chains, as it was also to form the basis for the 4T-GT competition engines.It either came mated to a W55 5speed manual with a larger 225mm clutch and lighter 8kg flywheel or an A43D 4speed automatic transmission. 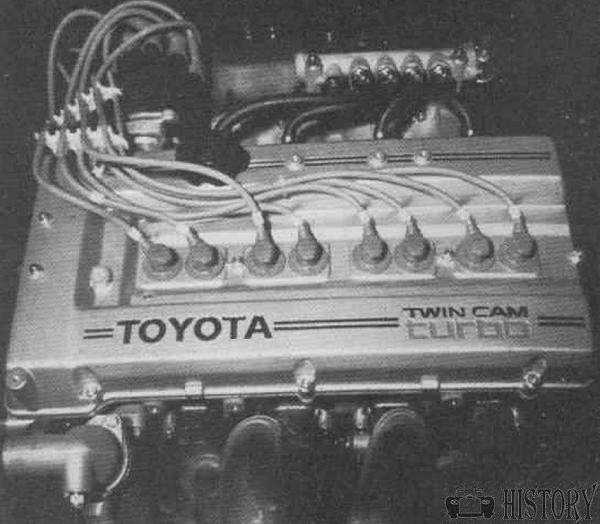 This is the version of the T family which powered Toyota's Group B and World Rally Championship cars. The homologation engine, introduced in November 1982, features a 0.5 mm increase in bore over the 3T, giving 1,791 cc. With a multiplication factor of 1.4 for turbocharged engines, this equalled 2,507 cc in the eyes of the FIA, placing the Celica in the 2,501-3,000 cc class. The smaller 3T engine would have fit snugly under the 2.5-liter limit, but being in the larger class allowed Toyota to stretch the 4T-GT engine to 2,090 cc (89.0 x 84.0 mm for a converted displacement of 2,926 cc) which better suited the comparatively heavy Celica.

The '100E' engine used twin spark plugs with 2 valves per cylinder but was used mainly by a Toyota works team.

Italy Nova Corporation produced a 2.0 L engine based on the 2T-G that was used in most of the world F3 cars for a long time.