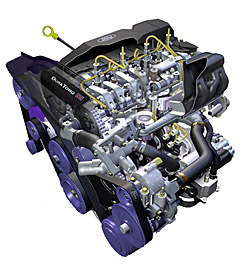 The Ford Duratorq engine, commonly referred to as Duratorq, is the marketing name of a range of Ford diesel engines first introduced in 2000 for the Ford Mondeo range of cars.

The first design, codenamed "Puma" during its development, replaced the older Endura-D unit which had been around since 1984. Commercial versions of the Puma unit replaced Ford's older "York" type unit used in the Transit, and many other manufacturers' vehicles - most notably the London Taxi.

Other unrelated units in this range have been developed by Ford and PSA. The TDCi Duratorq engines are available in vehicles from Ford, Jaguar, Land Rover, Volvo and Mazda vehicles.

The inline-four engines are sold under the Duratorq TDCi name by Ford, and as the HDi by Citroën and Peugeot. These are part of the DLD family. Mazda also uses the DLD engine in the Mazda2 and the Mazda3, calling it the MZ-CD or CiTD. The Ford/PSA joint-venture for the production of the DLD was announced in September, 1998.

Officially, there are two families of engines in the range:

Ford later added their unrelated 1.8 L DLD-418 engine to the DLD family, though it is properly part of the Ford Endura engine family. 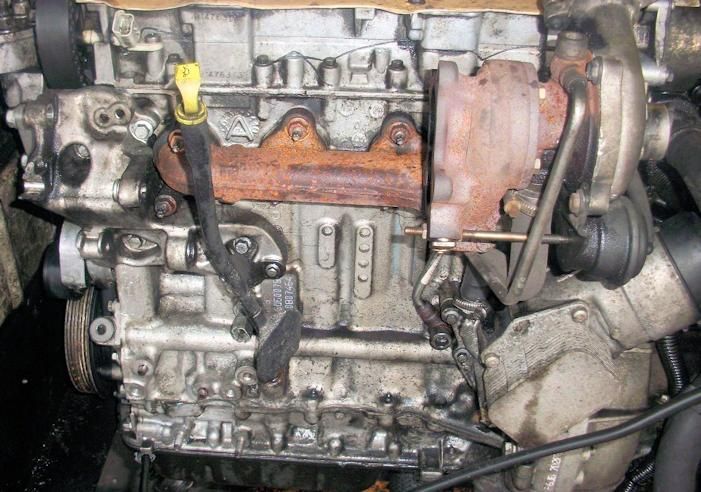 The DV4 is available in two versions:

The Endura-D was heavily revised and updated with a variable-vane turbocharger and a Delphi high-pressure common rail injection system and relaunched in 2001 as the 'DuraTorq TDCi', with the original engine being rebadged 'DuraTorq TDDi'.

Codenamed Puma during development, these Ford 2.0 L, 2.2 L, and 2.4 L engines are called ZSD. They are produced at the company's Dagenham plant in east London.

Note: the 2.5 and 3.0L "W" engines in above table are NOT Puma engines. They are Mazda designed commercial Diesel engines with no commonality to Puma. The "W" engine family is used in the Asia Pacific Ranger and Everest models currently running out. 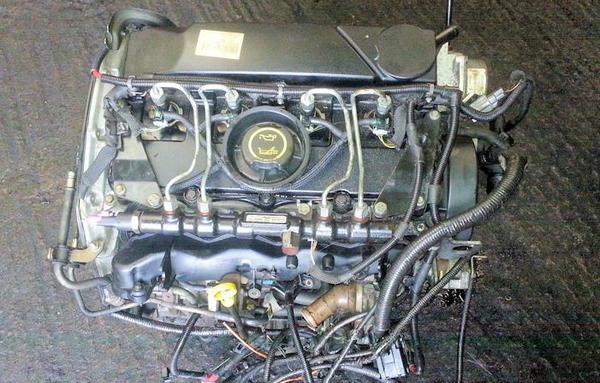 Released in 2000, to coincide with the launch of the Mk3 Ford Mondeo, the Duratorq ZSD-420 was initially available as a 2.0L (1998 cc) direct injection turbodiesel. Producing 115 PS (113 hp/85 kW) and 280 Nm (207 lb·ft) it was a vast improvement over the 1.8 Endura-D powering the Mk2 Mondeo. It featured a 16-valve cylinder head with twin chain driven camshafts and utilised a variable geometry turbocharger with overboost function.

In late 2001 the engine was fitted with Delphi common rail fuel injection and called the Duratorq TDCi (Turbo Diesel Commonrail injection), with the original unit being renamed the Duratorq TDDi (Turbo Diesel Direct injection). Although generally identical to the original engine, the addition of the common rail system meant power was increased to 130 PS (128 hp/95 kW), with torque rising to 330 Nm (244 lb·ft). In 2002 the Duratorq TDDi was replaced by a detuned version of the Duratorq TDCi. Producing 115 PS (85 kW; 113 hp) and 285 N·m (210 lb·ft), this unit used a fixed geometry turbocharger in place of the variable geometry unit used in the TDDi and 130 PS (96 kW; 128 hp) TDCi.

With 2005 came another detuned version of the TDCi for the Mondeo. Producing 90 PS (89 hp/66 kW) and 280 Nm (207 lb·ft), this engine was substantially cheaper than other versions and was mainly targeted at fleet buyers.

2.2 2.4 Reset Crankshaft Timing after head Change Note Engine  is not timed by TDC. 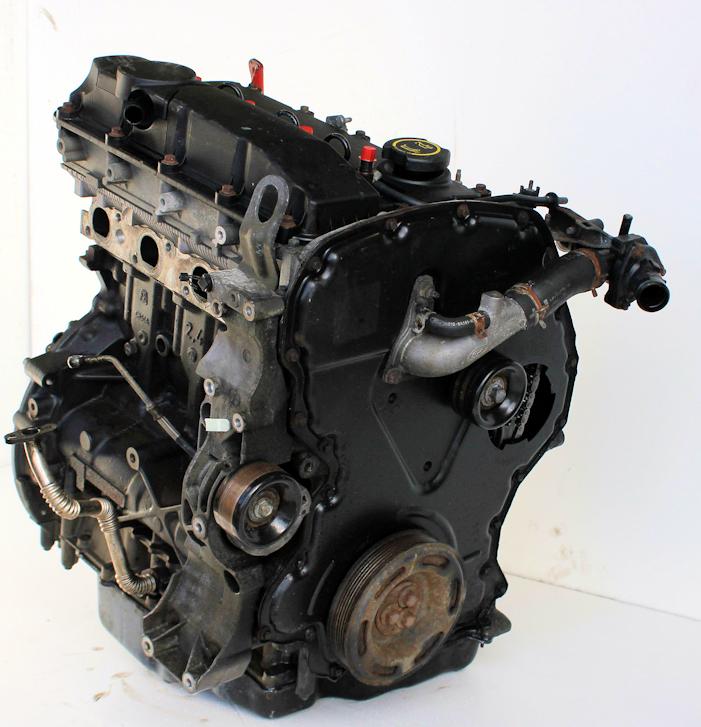 Introduced for the Thailand-built 2007 Ford Ranger (J97U) is a 2.5L diesel engine. This truck is a clone of the Mazda B-Series and thus the engine is a Mazda engine. It has a bore of 93mm and a stroke of 92mm. The engine has no commonality to Ford's "Puma" engine or VM Motori. It is a development of the IDI Mazda 2.2L normally aspirated, later 2.5L NA and Turbo and later 2.9L NA, with Bosch common-rail direct injection and a variable geometry turbocharger. The WLC engine code is a Mazda engine code, not being changed for use in the Mazda B-Series clone Ford Ranger. It produces 143 PS (105 kW; 141 hp)@3500 rpm and 330 N·m (240 lb·ft)@1800rpm.

For the North American-spec Transit, the 3.2L Duratorq is modified to meet US emissions standards and is marketed under the Power Stroke name to align the engine with the diesel engine lineup used in the Ford Super Duty line as well as the Transit's North American predecessor, the Ford E-Series. 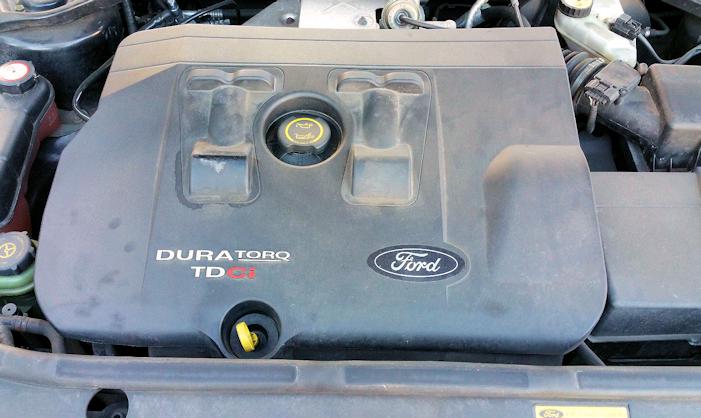 Continuing the Ford/PSA diesel engine joint-venture, these straight-four engines are again sold under the Duratorq TDCi name by Ford, and as the HDi by Citroën and Peugeot. A development of the existing DW10/DW12 engine the new engines have a traditional belt-driven system, moving away from the chain-driven camshafts of the previous generation (Puma) TDCi engines. Both engines utilise common rail diesel technology and are the result of the fourth phase of the cooperation between PSA and Ford (initiated in 1998)

Both engines utilise all-new, third-generation common rail injection systems. The 2.0 engines utilising a system from Siemens and the 2.2 a system from Bosch. In both systems the injection pressure has been increased to 1800 bar. This higher injection pressure, associated with new piezo-electric injectors in which each nozzle is equipped with seven apertures (instead of five previously), allows the number of injections to be multiplied (potentially up to six per cycle) and ensures meticulous uniformity of the diesel injection spray pattern. As a result of this optimised air/diesel mix, combustion is more complete and more uniform, and therefore reduces emissions at source.

Based on the PSA DW10 engine and with a capacity of 1997 cc, this engine was developed by Peugeot engineers in France on behalf of both PSA and Ford Motor Company. Production is currently taking place in France and Skövde in SwedenThe engine was released to Ford models in 2005 Ford Focus, and followed in the 2007 Mk IV Mondeo. It features a 16-valve cylinder head with twin belt driven camshafts (inlet camshaft connected to cambelt with exhaust camshaft indirectly linked via a timing chain) and utilises a variable geometry turbocharger with overboost function. An intercooler is always present, as opposed to some applications of its predecessor.

Based on the PSA DW12 engine and with a capacity of 2179 cc, this engine was released in April 2008 by Ford in the Mk IV Mondeo, soon following in the Ford S-Max and Ford Galaxy. It has been engineered by Ford in England, as described in the fourth phase of the joint-venture agreement with PSA. Dagenham is the place of manufacture. It features a 16-valve cylinder head with twin belt driven camshafts and utilises a variable geometry turbocharger with overboost function, rather than the twin turbo approach of Peugeot and Citroen. The result is a very respectable 175 PS (172 hp/129 kW) complete with 295 lb·ft (400 N·m) of torque, although 310 lb·ft (420 N·m) is temporarily available thanks to the transient overboost function.

In 2010 Ford and PSA revised the engine with a new turbocharger and a new power output of 200 PS with a torque of 420 N·m and even 450 N·m at overboost conditions while the emissions are at Euro 5 level. 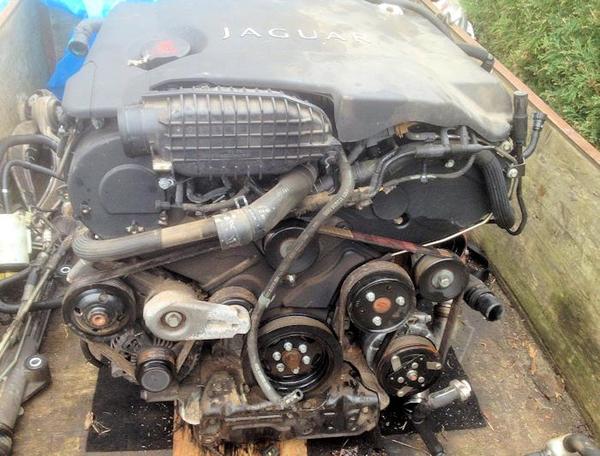 The 2.7 L (2720 cc) V6 is built by Ford and Jaguar Cars at their Dagenham facility, and was designed by Ford engineers at their Dunton and Whitley product development centres. It is called AJD-V6 by Jaguar and DT17 by PSA Peugeot Citroën.

Ford and PSA extended their Diesel engine joint-venture in October, 1999, to include this V6 engine.

The 3.6 L V8 is built at Dagenham engine, It is a twin-turbocharged Diesel V8 producing 270 PS (266 hp/199 kW) and 640 N·m (472 lb·ft). Production began in April 2006. It is very closely related to the 2.7L V6 version (same bore & stroke) and was designed at Ford's Dagenham Diesel Centre product development site, with input from Land Rover powertrain team.