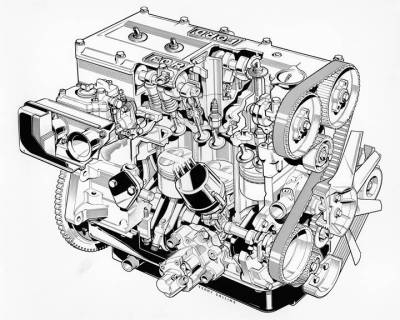 Cosworth solidified its association with Ford in 1969, by developing a double overhead camshaft (DOHC) 16-valve inline four-cylinder engine for road use in the Ford Escort. As Keith Duckworth was busy designing and developing the DFV, the project was assigned to Mike Hall, who created the 1601 cc BDA on the Kent block for homologation purposes. The camshafts were driven by a toothed belt developed for Fiat 124, hence the name BDA, literally meaning "Belt Drive, A type". It was designed for FIA Group 2 and Group 4 on either rallying or touring car racing purpose. The nominal homologation at 1601 cc capacity meant that BDA-engined cars competed in what was usually the top class (1600 cc and up) so were eligible for overall victories rather than class wins.

In 1970, the 1701 cc BDB was created for the Escort RS1600, and this engine received fuel injection for the first time in the series as 1701 cc BDC. Two years later, the BDA series was adopted for Formula 2; first came the 1790 cc BDE, then the 1927 cc BDF eventually reaching a maximum of 1975 cc BDG in 1973. As the bore size reached ever closer to the bore center distance, leaving little space in between cylinders, the all three types had brazed-in cylinder liners to the block. As a departure from the Ford iron block, the BDG received a newly designed aluminium block soon after, and this cylinder block was used as a replacement part in rebuilding many other BD series engines as well as some Mk.XIII engines. 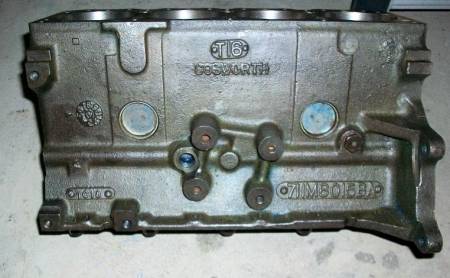 The iron block was also used for smaller displacements; starting with the very successful 1599 cc Formula Atlantic BDD in 1970, followed by the 1098 cc BDJ and 1300 cc BDH variants for SCCA Formula C and sports car racing, respectively. There was even a one-off 785 cc version built by Cosworth employees Paul Squires and Phil Kidsley; fitted with a Lysholm supercharger it was installed in a Brabham BT28 Formula 3 chassis and competed in the British Hill Climb Championship as the Brabham-Lysholm.

The 1599 cc BDD engine won a number of championships around the world in Formula Atlantic and Formula Pacific during the 1980s, including powering drivers such as Alain Prost and Roberto Moreno to wins in the Australian Grand Prix in the immediate years before the race became part of the Formula One World Championship in 1985.

In 1970, Ford asked Weslake and Co of Rye to build the BDD for them, and by the end of 1970, the production line was installed at Rye and production was under way. These engines were often called the 'BDA', but were 1599 cc BDDs eligible for under 1.6 Litre class.

The Hart 420R and the Zakspeed F1 engines owe much to the BDA series, being essentially an aluminium-block derivative using similar heads.