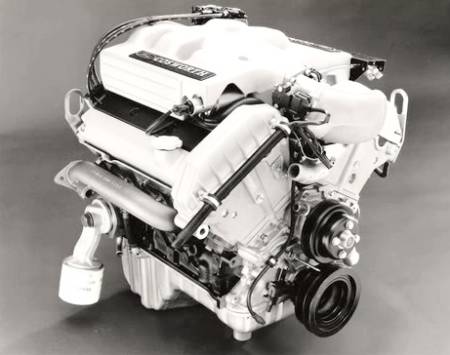 The FBA and FBC engines were found in the Ford Granada and Ford Scorpio Ultima. The FBA came first in 1991 also known as the 'BOA', it was based on the Ford Cologne V6 used in the Ford Sierra and Ford Capri and other models and was a twin overhead camshaft 24valve conversion for more power, producing 195 metric horsepower (143 kW; 192 bhp) and better idle quality.

In 1995, with a new version of the Scorpio, it was upgraded with a wider torque spread and higher power - to 204 PS (150 kW; 201 hp), from a variable intake system and reprofiled cams. The NVH was improved with a change from a single chain to drive all four camshafts - to one chain to drive one bank of cams and a second for the other bank, this engine was known as the 'BOB'.

A racing version was also available for a short time - FBE - with individual throttle butterflies for each cylinder.

FBB and FBD engines did exist as development engines but these were never released.

The two production engines were always mated to an automatic gearbox but have become popular in the custom car scene where they have been mated to the 4x4 manual transmission and the rear-wheel-drive manual transmission from the Ford Sierra XR4 and XR4x4. There are also companies that offer twin and single turbo conversions, and other modifications to increase power to usually around 400 bhp (300 kW). These engines can be bought relatively cheaply and providing they are well serviced, engines have been known to cover over 200,000 miles without major work being required

The Cosworth  Engine in a ford Granada 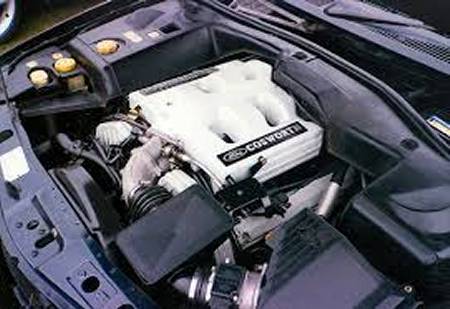