The Wolseley 6/90 is a car which was produced by Wolseley Motors Limited in the United Kingdom from 1954 to 1959. The 6/90 replaced the 6/80 as the company's flagship model. It was badged with Six-Ninety on the bonnet and with 6/90 on the bootlid.

Whereas the 6/80 had shared most of its body panels with the Morris Six, the 6/90 design was similar to the Riley Pathfinder. Morris, Riley and Wolseley had all been owned by the Nuffield Organisation which had merged with Austin to become BMC, and all three marques would soon be heavily involved in BMC's badge engineering; for Wolseley enthusiasts, in retrospect the 6/90 seemed like the last true Wolseley, being visually distinct from contemporary (and cheaper) Austin and Morris offerings. The Pathfinder and 6/90 were still essentially Nuffield designs, although BMC rationalisation meant that the Wolseley received the new BMC C-Series straight-6, an engine that produced 95 hp (71 kW) coupled to a four speed manual transmission. The 6/90 series II and III did without the Mark I Pathfinder's sophisticated rear suspension.

It rocked Wolseley traditionalists with a grey striped formica instrument panel and central large chrome mesh "cheese-cutter" speaker grille. The hand brake control was under the dash to the side of the steering column and the gearchange was column mounted opposite the dip switch. The leather trimmed front seats were mounted closely together and the rear bench had a fold down centre arm rest. 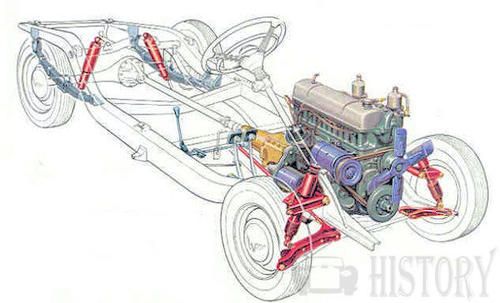 It is also somewhat notorious for leading to the sacking of its designer Gerald Palmer (by BMC's Leonard Lord) in favour of Alec Issigonis. 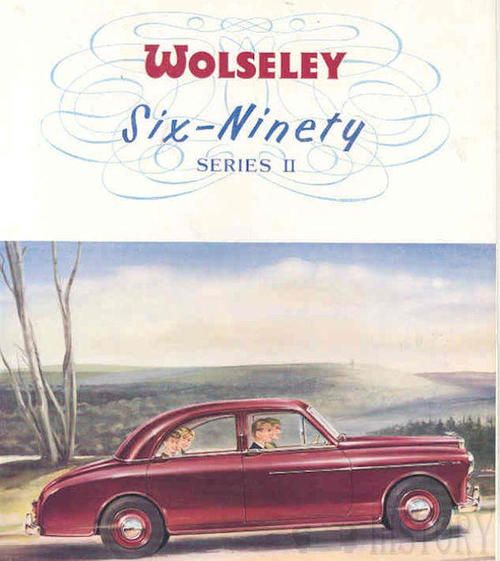 Series II 6/90s, introduced for 1957, included leaf springs on the live axle in the rear, a more conventional walnut dash and a floor-mounted gear lever — unusually on the right-hand side, on right-hand-drive cars. Overdrive and automatic transmissions were available as options.

In production for only 8 months, the Series II gave way to the Series III in 1958 after only 1024 had been made.

The Series III included larger power brakes and a larger rear window. This design was also available, rebadged, as Riley's Pathfinder replacement, the ill-fated Two-Point-Six. 5052 were made.

6/90 production ended in 1959 with the introduction of the Pininfarina-designed 6/99. 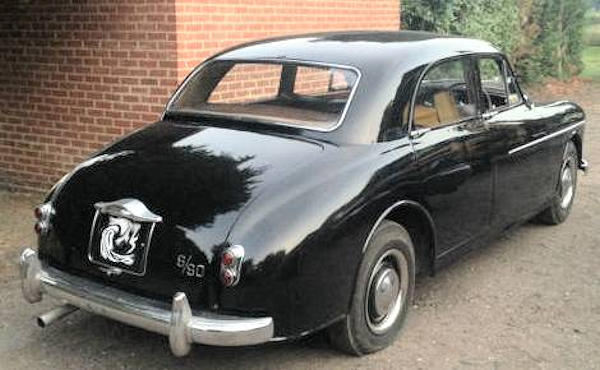