The Wolseley 6/99 was the final large Wolseley car. Styled by Pinin Farina with additions by BMC staff sylists, the basic vehicle was also sold under two of BMC's other marques as the Austin A99 Westminster and Vanden Plas Princess 3-Litre. Production began in 1959 and the cars were updated and renamed for 1961.

The interior was finished in luxurious style to distance the Wolseley from its Austin stable mate. The dashboard was polished wood as were the door cappings. Leather upholstery was used on the two front seats and rear bench seat which had a fold down central arm rest. A choice of single or duo tone colour schemes was offered. 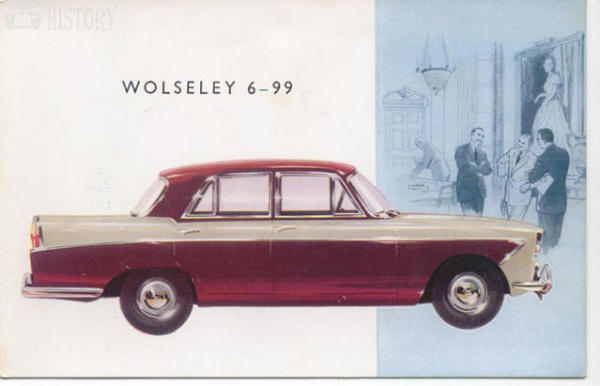