While the Type 4 was discontinued in 1974 when sales dropped, its engine became the power plant for Volkswagen Type 2s produced from 1972 to 1979: it continued in modified form in the later Vanagon which was air-cooled from 1980 until mid-1983.

The engine that superseded the Type 4 engine in late 1983 retained Volkswagen Type 1 architecture, yet featured water-cooled cylinder heads and cylinder jackets. The wasserboxer, Volkswagen terminology for a water-cooled, opposed-cylinder (flat or 'boxer engine') was subsequently discontinued in 1992 with the introduction of the Eurovan.

Porsche discontinued the 914/6 variant in 1972 after production of 3,351 units; its place in the lineup was filled by a variant powered by a new 95 metric horsepower (70 kW; 94 bhp) 2.0-litre fuel-injected version of Volkswagen's Type 4 engine in 1973. For 1974, the 1.7-litre engine was replaced by a 76 metric horsepower (56 kW; 75 bhp) 1.8-litre, and the new Bosch L-Jetronic fuel injection system was added to American units to help with emissions control. 914 production ended in 1976. The 2.0-litre engine continued to be used in the Porsche 912E, which provided an entry-level model until the Porsche 924 was introduced.

For the Volkswagen Type 2, 1972's most prominent change was a bigger engine compartment to fit the larger 1.7- to 2.0-litre engines from the Volkswagen Type 4, and a redesigned rear end which eliminated the removable rear apron. The air inlets were also enlarged to accommodate the increased cooling air needs of the larger engines.

This all-new, larger engine is commonly called the Type 4 engine as opposed to the previous Type 1 engine first introduced in the Type 1 Beetle. This engine was called "Type 4" because it was originally designed for the Type 4 (411 and 412) automobiles. There is no "Type 2 engine" or "Type 3 engine", because those vehicles did not feature new engine designs when introduced. They used the "Type 1" engine from the Beetle with minor modifications such as rear mount provisions and different cooling shroud arrangements, although the Type 3 did introduce fuel injection on the "Type 1" engine. 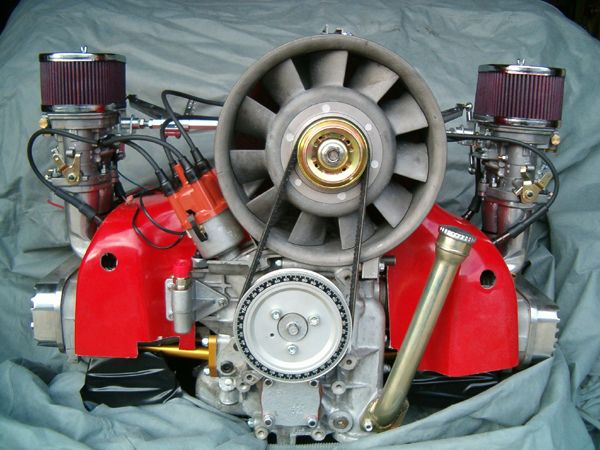