Introduced in the middle of the 2004 model year, the second generation S40 (known as the 2004.5 Volvo S40) introduced a new design based on the Volvo P1 platform built at the Volvo Cars factory in Ghent, Belgium. At the same time, the V40 was replaced by the V50 estate, also based on the P1 platform and built in Ghent. The S40 was nominated for the World Car of the Year award for 2005 and won the Canadian Car of the Year Best New Sport Compact award for 2005. It was also elected the South African Car of the Year for 2005 by the South African Guild of Motoring Journalists. 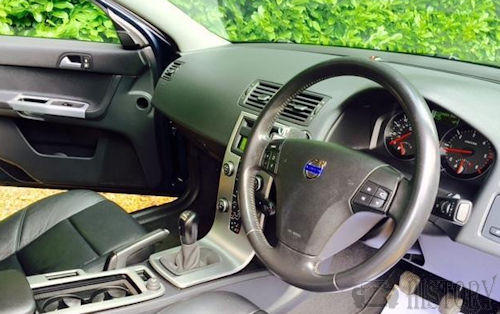 The chassis for this car and the majority of its components were developed by Volvo, however similar mechanical components can be found in the Mazda3 and the European Ford Focus. The engine, a 2.5L 5 cylinder (B5254T3, and B5254S respectively for the turbo and naturally aspirated models) is the latest generation of Volvo's 5 cylinder engines. These inline fives have been continually developed by Volvo since the debut of the engine in the 850, in 1993. The top of the line S40 T5 AWD, as well as the 2.4 and 2.4i, powertrain is still made by Volvo. The transmission is developed with Getrag at Volvo's Koping Transmission Center in Sweden, and the AWD system bought from Haldex Traction of Sweden.

The S40 T5 (one of the several variants of the S40) features a 2.5 L (2521 cc) five-cylinder fuel-injected engine with a light-pressure turbocharger. The valvetrain has four valves per cylinder and is a DOHC design. The engine is transversely mounted at the front of the vehicle and drives the front wheels, as was with the first generation.

A new range of engines and transmissions has been introduced at the end of May 2010 (see "Engine specifications" below). In North America, however, the naturally aspirated 5-cylinder engine, all-wheel drive, and manual transmission were all dropped for the 2011 model year, leaving only the automatic, front-wheel drive T5 in base and R-Design trims.

The S40 was refreshed for 2008. Improvements include improved audio systems, increased storage space and new safety features like Emergency Brake Lights which flash rapidly during hard braking to alert traffic behind the car. The new S40 also comes with optional Active Bi-Xenon headlights which point the light beam in the direction of the road as it curves (standard in SE Lux models). There is also a camera which can be located on the side mirrors which alerts the driver of passing vehicles beside the car. The camera is optional on all models. This is given the name BLIS (Blind Spot Information System). Volvo released the 2.0 litre diesel Geartronic on the third week of February 2008 except in Ireland where it was released in the last week of May (due to delivery intervals).

The 2009 model saw rear-end trunk lid changes, changing the badge from "VOLVO" to "V O L V O" with spaces between the letters and larger characters, as in the newer Volvo models.

In 2010, the new, larger, circular Volvo logo appeared on the front grille.

The range now includes three petrol engines (1.6, 2.0 and T5, the latter only available with front-wheel drive and automatic transmission), four Diesel engines (the existing DRIVe and the new D2, D3 and D4) and the 2.0F Flexible-fuel engine that can run either on normal petrol or E85, an ethanol-petrol mixture. The updated 2.0 and T5 and the new D2, D3 and D4 are compliant with the Euro 5 emission standard (the rest are Euro 4-compliant), and the DRIVe includes a start-stop system for reduced fuel consumption and emissions. New 6-speed gearboxes are used in the D2 (manual: B6 D2), D3 and D4 (manual: M66D, automatic: Aisin AWF21). 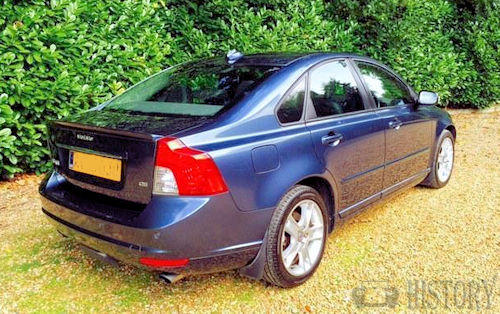