The Volvo S60 was released in 2000 (2001 model year) being the company's new generation sports sedan. The S60 is aimed to mainly compete with the BMW 3-Series (E46) and the Mercedes-Benz C-Class (W203). Unlike its rivals, the Volvo S60 continued production for 9 years with multiple facelifts. The S60 was refreshed in 2005. The exterior was updated with body-colored side moldings and bumpers with chrome linings, as well as new headlamps replacing the original with black housing. The interior received some updates as well, with new seats, trim, and an updated center console. The S60 went through a final facelift in 2008 with full body-colored bumper and door inserts and larger emblem in the front and larger spaced out "V-O-L-V-O" letters in the rear. The interior featured a new pattern upholstery which differs from its original pattern. The S60 came standard with Volvo's own radio unit, the HU-650 and an optional extra HU-850 unit. The HU-850 unit features a 225 or 335-watt power output (depending on optional external amplifier) with 3 presets: 2CH, 3CH and Dolby Digital Pro Logic II Surround Sound. The Four-C chassis from the S60 R became an option on some S60s. The T5 engine was also reengineered from 2.3 to 2.4 litres and received an increase of 10 bhp (7 kW; 10 PS), An extra Turbo in the D5 Model also increased the D5 Bhp from 163 bhp to 183 bhp.

Police specification models came about through Volvo’s extensive work alongside the users of the vehicles and Police Fleet Management departments. As a result the Police specification vehicles have a striking difference from original showroom model. Firstly the suspension was up-rated to deal with the demands of Police work; this included fitting the front suspension of the D5 model variant (as the suspension was designed to deal with the heavier diesel engine). Nivomat self-levelling suspension was also fitted to the rear to ensure correct geometry of the vehicle, regardless of the weight carried. On early models, the clutch was also replaced with the stronger D5 unit.

A larger specification battery and 110A alternator was also fitted to run all the extra equipment, along with a dedicated Police fuse box in the boot. Extra wiring looms are also fitted specially for the Police radios and other equipment, including CCTV cameras. Additional electrical noise suppression has been added so as not to interfere with the sensitive electronics the police use.

The speedometers in the vehicles are calibrated from the factory and do not require recalibration unless the wheel and overall rolling diameters are changed. 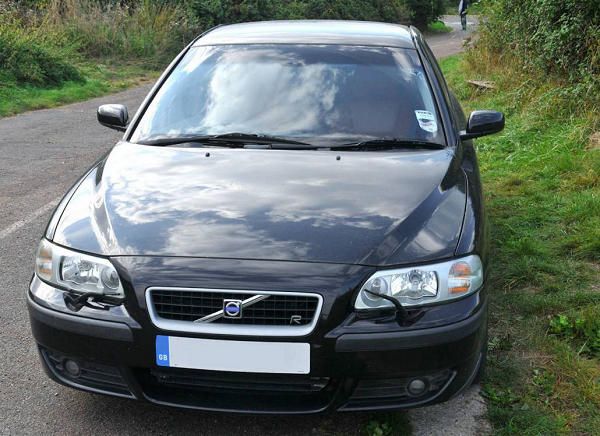 Other aspects which set the R apart from standard S60s were the large Brembo front and rear four-piston brakes, 18-inch 5-spoke "Pegasus" wheels (available as an upgrade to the standard 17" wheels of the same design), blue faced "R" gauges, standard HID headlights, as well as the Four-C suspension system.

Four-C (a short name for "Continuously Controlled Chassis Concept") allows the user to select from three modes: Comfort, Sport, and Advanced. "Comfort" attempts to soften the car over bumps, while "Advanced" firms the suspension considerably and gives more aggressive throttle response - a setting Volvo implies is for use on the race track. This is accomplished through a drive by wire throttle, allowing the same pedal travel to result in different performance when the appropriate mode is selected, electronically-controlled shock absorbers that can adjust themselves 500 times a second, and a complex series of sensors throughout the body of the vehicle. Volvo collaborated with high-tech system developer Ohlins Racing AB and shock absorber manufacturer Monroe for the self-adjusting shock absorbers.

The Rs had three interior color options: Nordkap (metallic dark blue), Gobi (light tan metallic) and a R-only leather option; Atacama, available for an additional charge. It was an unpainted, orangey-coloured natural leather with a baseball glove thickness and feel.

Another Volvo factory option for only the S60 R was a body kit which included front bumper splitters, side skirts and a rear valance, color matched to the body. The body kit was only available with certain body colors and in certain markets. 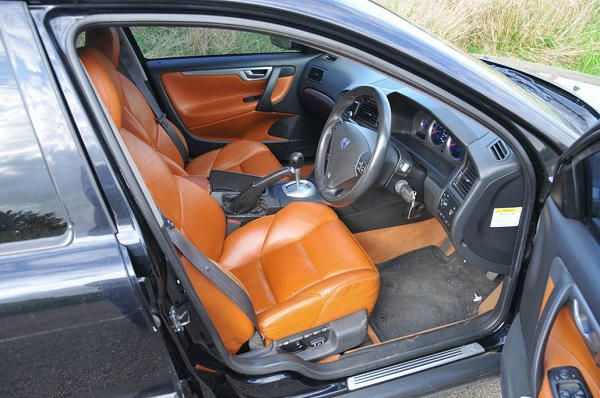 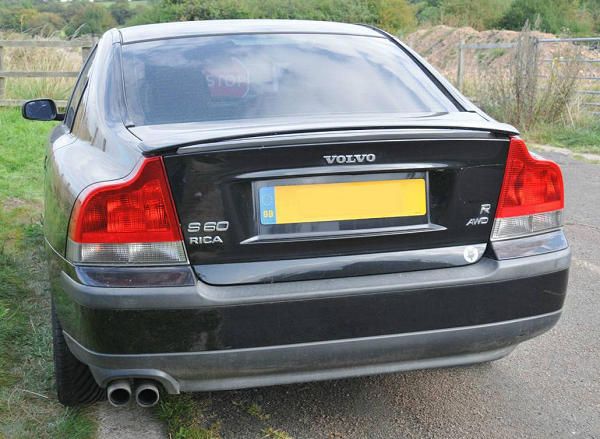