The FC (1964–1967) was the first Vauxhall to use curved side-window glass, allowing greater internal width: the Estate derivative was noted as being especially capacious for its class. Nevertheless, the public at the time regarded it as a qualitative downgrade after the pleasantly styled, conservative FB. As a countermeasure the FC Victor was marketed as the Victor 101, the name arising from the claim that there were '101 improvements' over the FB.

Bench or separate front seating was offered, with three-speed column-change gearbox or the optional four-speed floor change. A 'Powerglide' two-speed automatic transmission was also available. Another US feature was that the optional radio was incorporated into the bright-metal dashboard trim. An innovative styling cue, which was adopted four years later by the Audi 100, was the incorporation of the side and indicator lamps in the front bumper, as had been common practice in the US for many years. The sculpted bumpers were, for the first time in the UK, contiguous with the body styling. The overall look of the car was unique in GM, with its slab sides outlined with brightwork seam covers incorporating the door handles. This, with the full width grille incorporating the headlights, was more reminiscent of the Lincoln Continental. 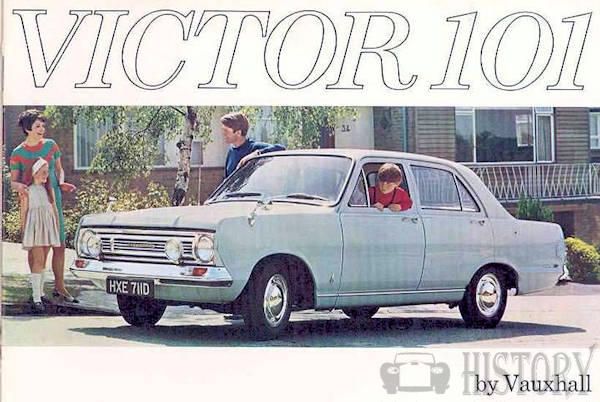 The FC (101) was the last Victor to have an engine with push rods and rockers operating the overhead valves. Victor FC models had racked up 238,000 sales by late 1967 when the 'Coke bottle'-shaped FD replaced it.

As with the rest of the running gear, the sporting VX 4/90 was developed from the FB series and offered an alloy head, higher compression ratio, twin-Zenith 34IV carburettors, stiffer suspension and additional instruments. Vauxhall took the VX4/90 seriously enough to offer an optional limited-slip differential, but few cars were ordered with it: the VX4/90 was, by this time, largely overshadowed by the less expensive Ford Cortina GT, which also had a higher profile in race and rally competitions.

Overall, FC survival numbers appear to be less than the F, FB and even FD series, due to bad rust problems, so examples are rare, unfairly forgotten, and undervalued.

Towards the end of the model run, in May 1967, a Victor 101 de luxe was road tested by Britain's Autocar magazine. The vehicle tested came with a four-speed floor-change gearbox and the 1595 cc engine delivering a claimed 66 bhp. A maximum speed of 81 mph (130 km/h) was achieved, which matched that achieved by a recently tested Austin A60 Cambridge and a Ford Cortina 1600 de luxe. The Victor accelerated to 60 mph (97 km/h) in 20.4 seconds, which was slightly quicker than the Austin but slightly slower than the lighter Cortina. The Vauxhall's overall fuel consumption for the test, at 23.1 mpg (10.9 l/100 km) placed it at the bottom of this class by more than 10%, while its manufacturer's recommended retail price of £822 was higher than that asked for the Austin at £804 or for the Ford at £761. (A lower price of £806 would have been available on the Victor if the test car had come with the three-speed column-change gearbox and all-round drum brakes.) The overall tone of the test was cautiously positive, with plaudits for the comfort, the lightness of the controls, the (optional) servo-assisted disc/drum brakes and the road holding, but adverse comments concerning the extent of the Victor's propensity to roll and the rather low gearing which accentuated the variability of fuel consumption according to driving style. 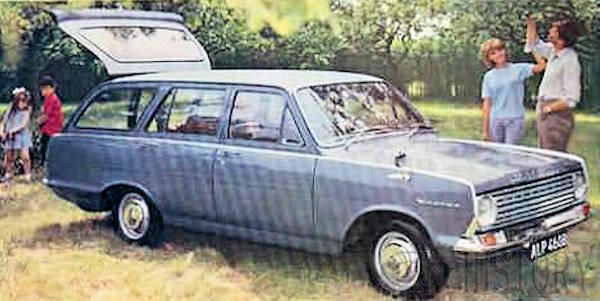 All Victors sported a different grille treatment for 1967, a final-year facelift that was standard Vauxhall practice at the time. This had a more finished and upmarket look with sturdier bars rather than the cheaper looking criss-cross element on earlier cars. The waistline chrome strip was also thinner.

New Zealand assembly continued again with the Super with three-speed manual column-shift transmission though some base models - minus the distinctive waistline chrome strips - were also built for government fleet business. Powerglide two-speed automatic became an option in 1966. The model was facelifted for 1967 and, near the end of the run, a four-speed manual gearbox with floor shift and twin front seats replaced the three-speeder with bench seat. Some Deluxe models, wagons and VX4/90s were imported fully assembled from the UK but were quite rare. 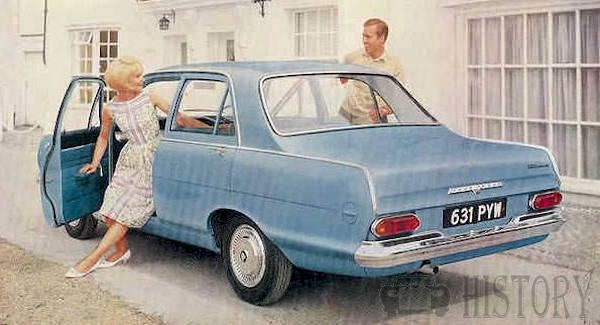