The FD (1967–1972) was released at a time when the UK was undergoing a currency crisis as well as increasingly militant labour relations, resulting in rising prices and poorer quality. On paper, this new 1599 cc and 1975 cc overhead camshaft engine design (the Slant Four) was advanced but suffered an out of balance couple which earned it the US tag 'Hay Baler'. The suspension design of the car was far less compromised than most previous British mass-produced efforts, featuring a live axle with trailing arms, Panhard rod and coil springs instead of the traditional leaf springs, and a double wishbone front suspension assembly, but the FD's on-road performance and durability were less than its on paper promise in standard form. Independent tuner Blydenstein could effectively transform the overhead cam Victors to fulfill their advanced specifications. The FD Victor was first shown at the October 1967 British Motor Show.

The FD, however, departed from the traditional Victor family car bench front seat norm (there were still models with bench seats however) and could be ordered with comfortable contoured bucket seating front and rear. This was standard on the Victor 2000 (later 2000 SL with the facelift for 1970) and optional on the Victor 1600 (renamed Super with the 1970 facelift). Bucket seats were standard on the more sporty VX4/90 and six-cylinder Ventora versions, with the latter having reclining backrests as standard from 1969. All bucket seat models dispensed with the column shift and adopted a four-speed floor shift, with overdrive standard on manual VX4/90s and optional on the Ventora.

In February 1968 Vauxhall launched the Vauxhall Ventora, which was in effect a marriage of the Victor FD body with the 3.3-litre six-cylinder engine hitherto offered only in the larger Cresta and Viscount models. The Ventora offered a claimed 123 bhp (92 kW; 125 PS) of output compared with 88 bhp (66 kW; 89 PS) from the 2-litre 4-cylinder Victor, also featuring correspondingly larger front disc-brake calipers. The Ventora therefore differed most spectacularly from its siblings through its effortless performance: in that respect it had no obvious direct competitor at or near its price (£1,102 including taxes in February 1968) on the UK market. The interior was also enhanced, with extra instrumentation including a rev counter. From the outside Ventoras can be identified by their wider tyres, a front grille of toothy-harmonica like gaps in place of the Victor's closely packed horizontal bars, and a black vinyl roof.

May 1968 saw the return to the Vauxhall range of a Victor estate, now based on the Victor FD.The estate, like the saloon, offered a choice of 1599 cc or 1975 cc four-cylinder engines and was also offered with the 3294 cc engine normally found in the Vauxhall Cresta. (The Victor estate 3294 was the only six-cylinder Victor offered on the domestic market, although the Ventora was effectively a six-cylinder Victor saloon by another name.) Rear suspension was beefed up on the estate models and all apart from the base 1599 cc version came with front wheel disc brakes.As on the FD saloon, however, the standard transmission was a three-speed manual gear box controlled from a column-mounted lever. A four-speed box with a floor-mounted gear lever was available at extra cost on the four-cylinder models, although it was included in the overall package for buyers of the Victor 3294 cc estate.The floor-mounted lever was set well forward to enable it to remain clear of the bench front seat which was standard in the 1599 cc versions.

Sales of the FD came in below those of the FC, at 198,000 or so units produced over a slightly longer production run that ended in December 1971, though new cars were offered for sale until the arrival of the Victor FE in March 1972. The lower numbers reflected the effects of a long strike Vauxhall underwent in 1970, as well as the closing off of some export markets — the FD was the last Victor to be sold in Canada as either a Vauxhall or Envoy, and the last to be officially imported (and assembled) into New Zealand. 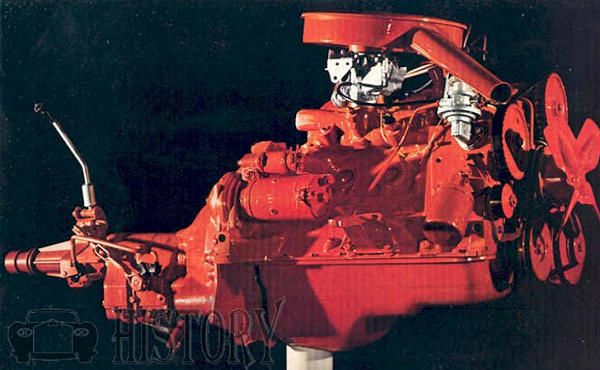 As well as the 1.6 and 2.0 I4s, the FD series was also available in New Zealand (sedans only; wagons were rare imports) with the larger Cresta PC's 3294 cc engine, badged as the Victor 3300, later 3300SL. These were manufactured with a choice of 4-speed manual gearbox or a 2-stage GM Powerglide automatic and most, apart from early cars, had the Ventora's grille. The Holden Trimatic gearbox was available for the last models. Bench (earlier 1.6 models with three-speed manual column shift only) or bucket front seats were available.

A one-off Ventora was the 'Black Prince', a concept car built by Gordon-Keeble in 1971, based on a modified Victor FD. The car featured a 5.4 litres V8 Chevrolet engine, ZF 5-speed gearbox and a limited slip differential. Special features included a Sony 4 band radio which could be removed from the dashboard and used as a portable radio, auxiliary dials, Lucas Square 8 fog lights, matt black bonnet stripe, dash mounted ice detector and map lights. The car was offered for sale in 1972 for approximately 3,000 pounds, and was allegedly broken up in the late 1980s, with the owner using the running gear in a kit car. 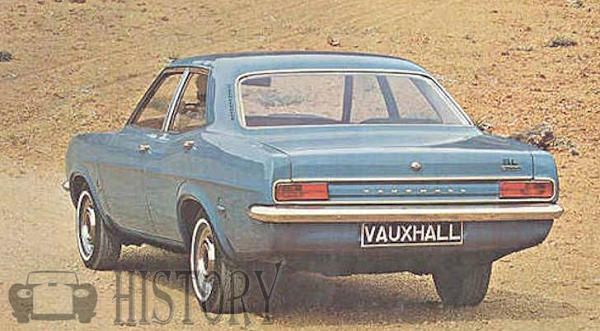