Automotive manufacturer of Salt Lake City , Utah.United States from 1997 to 2009. 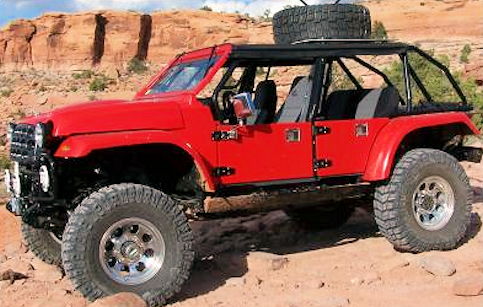 Tatonka Products was an American manufacturer of off road kit automobiles .

The company was based in Salt Lake City , Utah . Owner was Richard Tolbert. 1997 or 1998  began production of cars and kit cars . The brand name was Tatonka , possibly with the addition Products . In 2009 the production ended. In total, sold over 100 copies.

One model was a vehicle in the style of the Hummer . A chassis from General Motors formed the base. Several motors driven to the vehicles.  The body was made of fiberglass .In addition, the models are called Grunt and Runt .