The Triumph 2000 is a mid-sized, rear wheel drive automobile which was produced in Coventry by the Triumph Motor Company between 1963 and 1977. Larger-engined models, known as the Triumph 2.5 PI and Triumph 2500 were also produced.

The car used the six-cylinder engine first seen in the Standard Vanguard at the end of 1960.However, the last of the six cylinder Vanguards had applied a compression ratio of 8.0:1 which the increasing availability of higher octane fuels enabled the manufacturers to increase to 8.5:1 for the TriumphThis and the fitting of twin Stromberg 150 CD carburettors made for a claimed power output increased to 90 bhp (67 kW; 91 PS) from the Vanguard's 80 bhp (60 kW; 81 PS).

Standard transmission on the original car was a 4-speed manual gearbox. (overdrive and Borg-Warner Type 35 3-speed automatic transmission were options.) The monocoque body had independent suspension all-round using coil springs. The servo-assisted brakes were disc at the front and drums at the rear.

Triumph's 2000 competed with the contemporary Rover P6 2000, which initially was offered only with a four-cylinder engine. The Rover was also released in October 1963, just one week before the Triumph. Together the cars defined a new market sector in the UK, promising levels of comfort and luxury hitherto associated with larger Rover and Jaguar models, but with usefully lower running costs and purchase prices, all in a modern package. 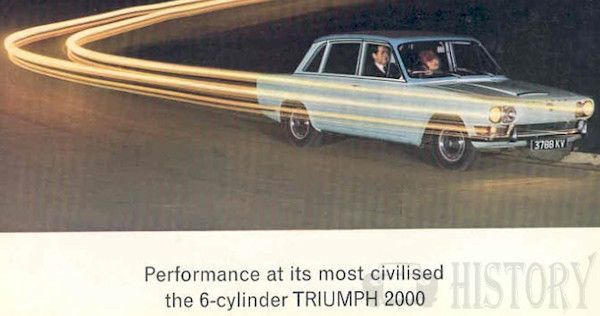 Although the "Mark I" was presented to the public at the London Motor Show in October 1963, volume sales began only in January 1964. Continuing in production until 1969, this version came in saloon and, from 1965, estate forms. 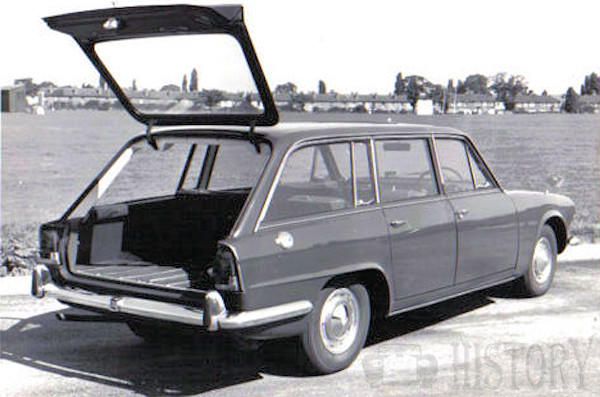 The estate, its body shell partly built by Carbodies, was in the Mark I version the same length as the saloon. Various minor improvements were made during the period of which the most noteworthy, probably, was a significant upgrade in October 1966 to the "previously rather ineffective" ventilation, with eyeball vents added in the centre of the facia and the heater controls repositioned beneath them.

In 1968 the 2.5 PI (petrol injection) Mark I was launched, fitted with a Lucas Automotive mechanical fuel injection system. Performance was very good, but the PI models (along with the TR6 models) gained a reputation for unreliability and poor fuel economy.

In Australia these models suffered badly because of the summer heat. The electric fuel pump commonly overheated causing fuel to vaporise and render the engine inoperable until the pump cooled down. The overheating of the pump was caused by a combination of very high pressure fuel loads (over 110 psi (7.6 bar)) and a pump that was adapted from what was originally a windscreen wiper motor. As such, it did not cope well with sustained pressures in moderate to high ambient temperatures. Because of the launch late in the Mark I's life, there are relatively few PIs in the original shape. 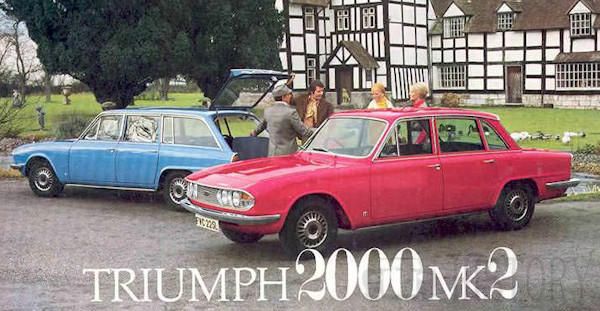 In October 1969, the Mark II range was launched, again styled by Michelotti, updating the car for the 1970s. The front of the car now followed the lines of the then-upcoming Triumph Stag grand tourer. There were entry-level 2000 models, which were the most plentiful, but the remainder of the range consisted of 2500, 2500 TC and 2500 PI models. Apart from the PI (petrol injection) models, all Triumph 2000 and 2500s had twin Stromberg or SU carburettors, the "TC" prefix on some models can seem misleading in this respect as it stood for a higher equipment level. In June 1975 the 2500S model, with 14 inch (356 mm) wheels and anti-roll bar, was added: it replaced the 2.5PI which had quietly disappeared from the show rooms two months earlier. This marked the end of fuel injected engines for the car, but improved acceleration was claimed for the twin carburettor 2500S and its slightly less expensive 2500TC sibling. These new versions featured an extensive list of other, mostly minor, improvements, of which the most significant were probably those affecting the ride and handling: these resulted from suspension changes and the associated fitting of an "anti-sway" bar. 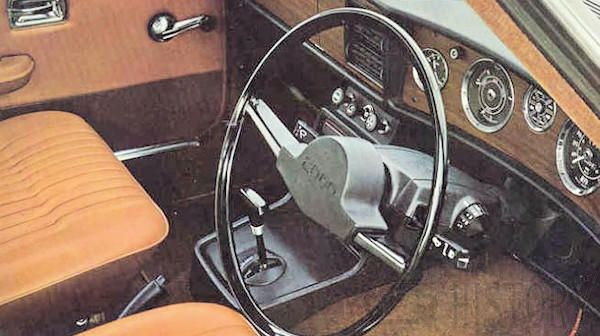 The Estate in the Mark II version was 5 inches (125 mm) shorter than the MkII saloon, because the rear bodywork of the car was carried over unchanged from the MkI version.

The Mark II, the last big Triumph car, ceased production in 1977, supplanted by BL's corporate executive car, the Rover SD1: Six-cylinder 2300 and 2600 versions of the new Rover would nonetheless be powered by engines derived from the Triumph 2000. The last production car, a 2500S estate (BOL87V) is kept at the Heritage Motor Centre.

Various models were assembled in South Africa, with the later 2500TC and 2500S being badged as the Triumph Chicane in that market between 1973 and 1978.

In New Zealand CKD production of the Triumph 2000 continued at New Zealand Motor Corporation's Nelson plant, with 2500S models until March 1979. Sir Robert Muldoon, New Zealand's then Prime Minister, privately owned a white 2500S and had been known to drive to work in it. This car is now under the owned by a member of the Auckland Triumph Car Club.

The 2000 was assembled in Australia by Australian Motor Industries. A special version was known as the 2000MD ("Managing Director"), and had special features such as knock-on wire wheels, triple Stromberg carburettors and the battery moved to the boot.Total production of the 2000MD was approximately 100.