The Triumph 1500 was a small (initially) front-wheel drive automobile produced by Standard-Triumph from 1970 to 1976.

Whilst retaining the front-wheel drive of the Triumph 1300, the body featured a restyled nose, a lengthened tail, twin headlights, horizontally mounted rear light clusters and a larger boot. The interior was also restyled featuring a new design of dashboard and door cards but retaining the wooden door cappings. 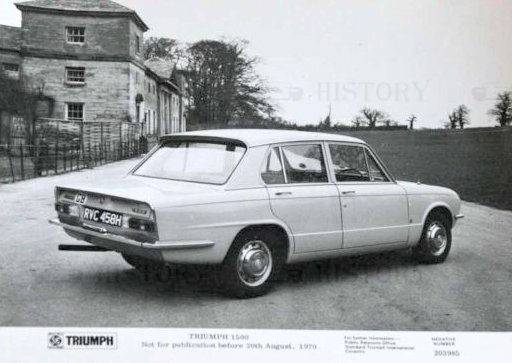 The engine size was increased to 1493 cc with a single SU carburettor and had a power output of 61 bhp (45 kW; 62 PS). The suspension used coil springs all round and was independent at the front, incorporating a dead-beam rear axle at the back, which represented something of a technological retreat from the all-independent suspension offered by the 1300. In 1972 the power output was increased to 65 bhp (48 kW; 66 PS) with an uprated carburettor and inlet manifold. These later cars also had a silver nose badge. Earlier cars had a black nose badge. 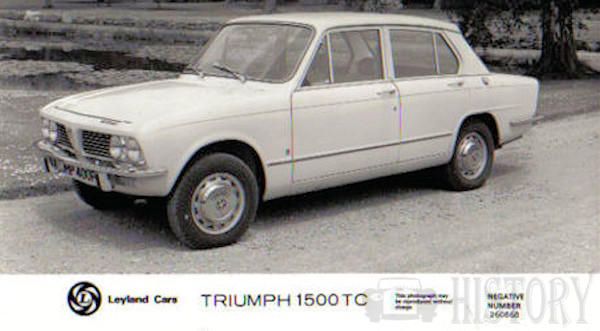 In October 1973 the 1500 was replaced by the 1500TC which retained the same 1493 cc engine with twin SU carburettors but these were now mated to the rear wheel drivetrain from the recently introduced Triumph Dolomite. The interior and exterior styling remained largely the same. The 1500TC can be identified by the "1500TC" bootlid badge and the black centres on the wheel trims, which were blue on the 1500. The 1500TC was replaced by the Dolomite 1500/1500HL in March 1976 when the Triumph Dolomite range was rationalized.

A sunroof option was available. 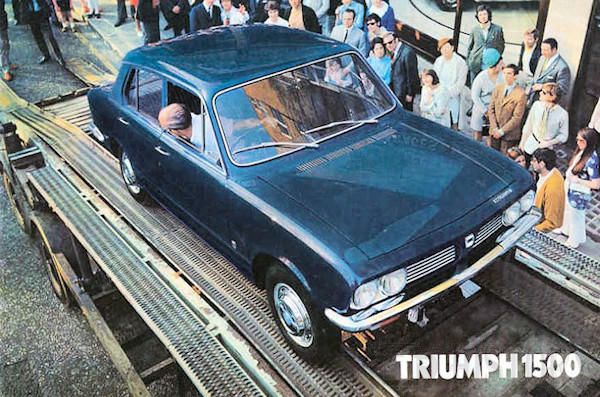