August 1981 saw the introduction of the third generation Celica. The car was initially available in coupe and liftback forms with many buyers preferring the liftback. The US-made convertible came in 1984. Styling was changed considerably from previous models and power was provided by a 2.4 L 22R or 22R-E engine in all North American models, while smaller engines were used in other countries. The 2.4 L became the biggest 4 cylinder engine offered in any Celica ever. Other engines were the 1.8-liter 4A, 1.6-liter 2T, 1.8-liter 3T, 1.8-liter 4T, 1.8-liter 1S, 2.0-liter 2S, 2.0-liter 18R-G and 2.0-liter 21R, depending on the particular market. Trim levels are SV, ST, ST-EFI, SX, GT, and GT Rally. Rack and pinion steering was offered with this Celica.

Fuel injection became standard on all North American Celicas started from August 1982, therefore the 22R engine became 22R-EC. In August 1982, Toyota added the GT-S model to the North American market to re-inject the sports image that Celica had lost as it grew larger and heavier with each subsequent model. The GT-S included larger 14x7" wheels and 225/60HR14 tires, fender flares, independent rear suspension, a sports interior including special seats, and a leather-wrapped steering wheel and shifter knob. Most of these came from the Supra. This made sense as the Supra was based on the Celica. From the windshield back, both cars were nearly identical when in liftback form. There were also optional rear louvers for the coupe and liftback. The upgraded GT-S wheels are coveted as replacements by many people who own first generation Celicas as they remained four-lug and looked sportier than first generation wheels while still providing the "classic Celica" look and feel. The wheels were also polished aluminium as opposed to the flat finish of the lower models.

The Celica was updated in August 1983 for the 1984 model year. The revision included fully retractable headlights, restyled grille, and airdam. The rear combination lamps were also revised. The Japanese Celica 1600 GT got new 4A-GE engine, and the 1600 GT-R also powered by the same motor was introduced. Another new model was the turbocharged 1800 GT-TR.

The Australian, European, Japanese, and general export model Celicas came with rear side vents, which are highly sought after by North American Celica enthusiasts. 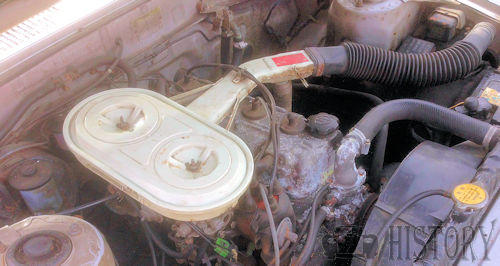 In Australia, Toyota decided initially to use the 21R-C in the dulled-down model Celica. As a result the car only turned out a mere 67 kW (90 hp). However, this was later replaced, firstly, by the far quicker 73 kW (98 hp) 2S-C motor and then by the injected 2.4-litre motor (22R-E) which provided 87 kW (118 PS; 117 hp). Later versions used IRS rear suspension, rather than the traditional live axle differential. 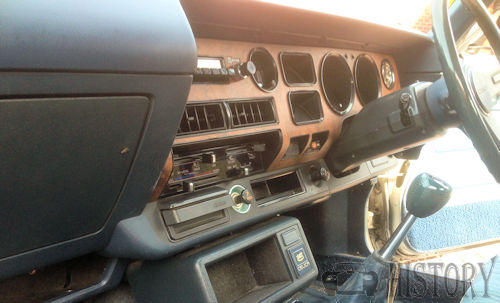 In September 1982, the first Celica turbo was launched in Japan for the local market only. The GT-T (TA63) came with the twin-spark 1.8-liter 3T-GTE engine, W55 5-speed manual gearbox, a limited slip differential, pump up lumbar "sports" seats and optional digital dash. To meet the FISA regulation for Group B Rally Car to compete in the World Rally Championship (WRC), 200 units of the Celica GT-TS were built. These were the basic cars for Group B Celica Twincam Turbo (TA64) which were built and rallied by Toyota Team Europe (TTE). The Group B Celica TCT made its WRC debut in the 1983 Rally Finland. The production car had 180 PS (132 kW; 178 hp) engine, and with 320 bhp (239 kW; 324 PS) 4T-GTE engine, the fully works rally car was the most powerful third generation Celica.