The AR engine family is a straight-4 piston engine series by Toyota, first introduced in 2008 for the RAV4, and subsequently for the Highlander, Venza, Camry and Scion tC

The AR series uses a die-cast aluminium engine block and aluminium DOHC cylinder head. The engine series shares many of the technologies in the AZ engine, while incorporating new features such as variable valve timing on both intake and exhaust camshafts or dual VVT-i, low friction technologies including an offset crankshaft, roller rockers for the valvetrain, a three-stage variable oil pump, reduced-tension piston rings and auxiliary belt drive. An Acoustic Control Induction System switches the length of the intake tract in two stages, based on rpm and throttle angle, thereby ensuring strong torque across a broad engine speed range. New tumble control valves enhances combustion while the engine is cold, and helps to bring the catalytic converters up to working temperature quickly. The Tumble control valves, along with new 12-hole high atomizing long-nozzle fuel injectors, reduce the amount of fuel adhering to the intake ports and therefore maximize fuel economy and reduce harmful emissions.

The cylinder block is an open-deck, midi-skirt type with cast-in iron liners and a die-cast aluminium lower crankcase and a stamped oil pan. The forged steel crankshaft is fully balanced with eight counterweights and supported by five main bearings. A helical gear pressed in No. 3 counterweight drives twin contra-rotating balance shafts in the shaft housing within the lower crankcase.

A 2.7 L version of the AR family, first released in the Venzaand Highlander in late 2008. 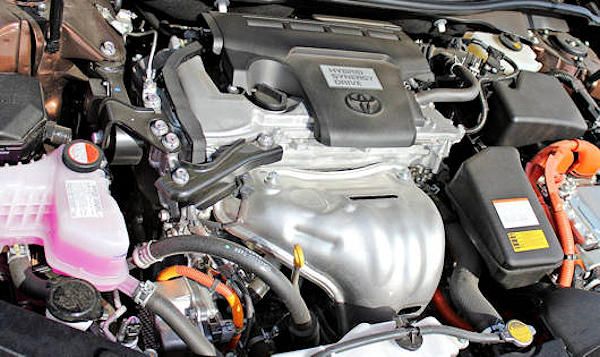 The 2AR-FXE is an Atkinson cycle variant of the 2AR-FE. It has the same bore and stroke, but the cams and pistons are unique.

The large valve overlap leads to a reduction in cylinder charge and reduced torque and power output, but efficiency is increased. This combination makes the 2AR-FXE suitable for use in hybrid vehicles, where peak torque and power demands can be met by the electric motor and battery.

The 2AR-FSE is a direct-injected variant of the 2AR-FE. It has the same bore and stroke, but the cylinder head, cams and pistons are unique as well as the fuel management system. 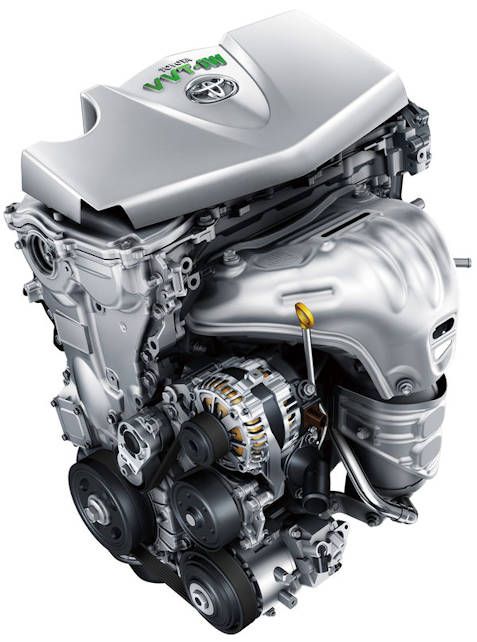 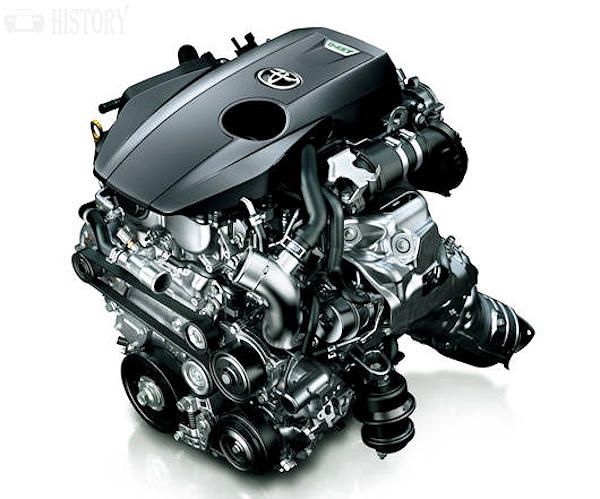 A 2.0L turbocharged direct-injected member the AR family, fitted with VVT-iW it is able to operate in both the Otto and a modified-Atkinson cycle. First debuted in the Lexus NX200t.