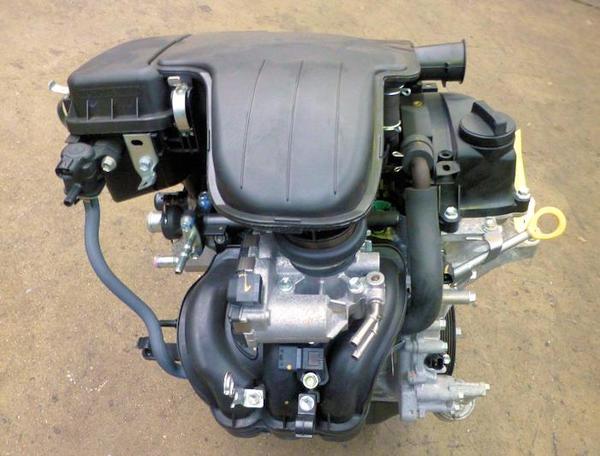 The Toyota KR engine family is a straight-3 piston engine series as 1KR-FE,1KR-DE and 1KR-DE2 designed by Daihatsu, which is a subsidiary of Toyota. The 1KR series uses aluminium engine blocks and chain driven DOHC cylinder heads.

It uses multi-point fuel injection, and has 4 valves per cylinder with VVT-i.The engine is also exceptionally light with a 69 kg weight with all ancillaries. This is due to the nature of the applications and weight of city cars.

The 1KR-DE was specially designed for the Indonesian LCGC (Low Cost Green Car) market to reduce cost. The engine cylinder head cover is made from plastic-resin instead of aluminium to save 10 kg of weight. The exhaust manifold is integrated to the cylinder head together with the catalytic converter and oxygen sensor to save even more weight.