The Flying Nine was a small family car produced by the British Standard Motor Company between 1937 and 1940.

It was the smallest of several relatively streamlined cars with which the company, in common with several UK mass market competitors, widened and updated its range in the later 1930s.

Behind the stylish rearward sloping radiator grill was a 1131 cc side-valve engine, with a relatively long 100 mm stroke. This maximised the engine capacity available in the 9 hp tax class which, in the UK at that time, categorised cars and set annual car tax according to the diameter (bore) of the engine’s cylinders. Power was delivered to the rear wheels via a three speed gearbox. 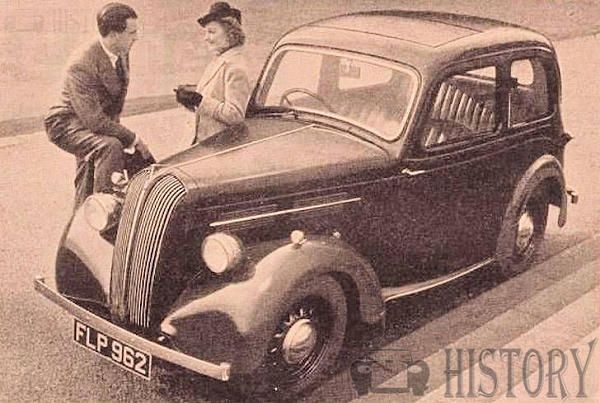 A minor facelift in time for the 1938 London motor-show involved a change to the radiator grill which, while still rearward leaning, now became more curvaceous. 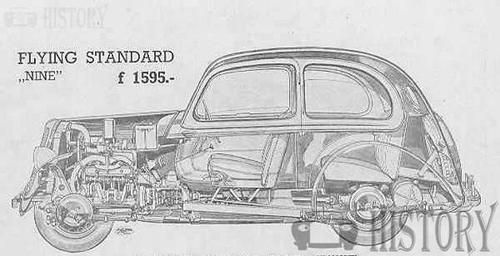 Production came to an end in 1940, in response to the requirement to switch the UK car factories over to producing war supplies. By this time the car had been joined in the company’s line-up by the similarly bodied but smaller engined Standard Eight, and after the war, with Britain much impoverished, only the Standard Eight was revived. 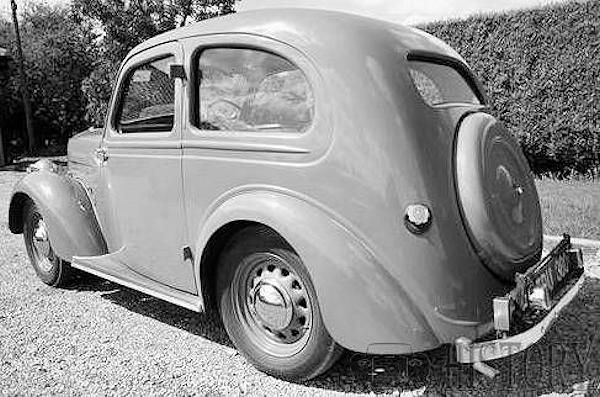