The Standard Fourteen is a five seater family car produced by the British Standard Motor Company from 1937 to 1939 . It was sometimes called the Standard Flying Fourteen because it represented a move away from the very perpendicular look of many cars at the start of the 1930s to a more streamlined look that Standard, in common with a number of manufacturers in England and France, underwent towards the end of the decade.

The 1,776 cc Standard engine and transmission were also used in the Jaguar 1½ Litre (retrospectively known as the Jaguar Mk IV).

Press reports praised the economy, smooth running, roominess and finish of the car. Luggage was relegated to an external folding bumper carrier, which at the time was not unusual. 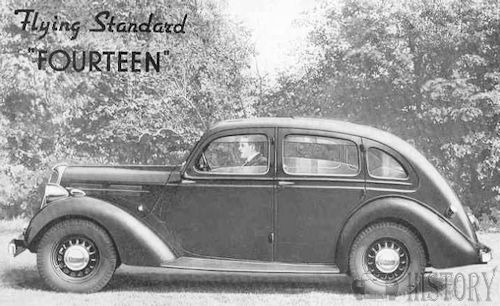