The Singer SM1500 is an automobile which was produced by Singer Motors Limited from 1948 to 1954. It was the first car produced by Singer after World War II being officially announced in 1947 with deliveries starting for export in 1948 and for the home market in 1949.

The car had a pressed-steel body mounted on a separate chassis with independent suspension at the front using coil springs. The brakes were hydraulically operated using a Lockheed system with 9 in (229 mm) drums. The four-speed gearbox had a column change.

The car was almost unique among British volume-produced saloons in featuring an overhead camshaft engine. The engine was based on the one used in the Super 12 but with larger bore and shorter stroke, giving a capacity of 1506 cc. From 1951 the stroke was further reduced to give a capacity of 1497 cc to bring it into the sub 1500 class. From 1952 a 58 bhp (43 kW) twin-carburettor version was available for an extra £28. It was reported that the engine block was so tough that the manufacturers were happy to quote 65,000 miles (105,000 kilometers) as a "normal" interval between rebores. 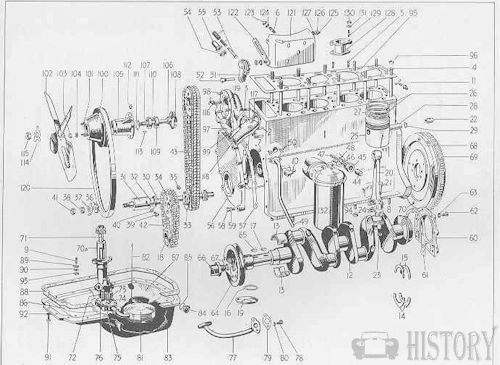 Inside, the car had a bench front seat with folding armrest and was optionally covered in leather. The metal trim was given a wood-grain finish. The car was considered well equipped in 1952, with a "heating and demisting unit" fitted as standard. Also in 1952 the car was face-lifted with a reworked grille, and raised headlamps. Offered only as an optional extra was leather upholstery, for slightly less than £39 (UK market). Otherwise the interior trim used Vynide,a "plastic material".

In addition to the four door saloon a coupé utility variant was produced, the model being advertised in Australia as "specially designed for Australian conditions". 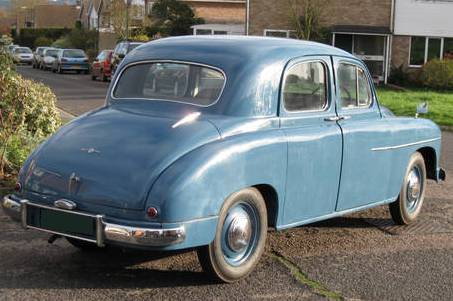