Singer's SM Roadster, like MG's T D, was an attempt to marry up-to-date chassis engineering with strictly traditional looks. MG succeeded in their attempt, but Singer did not. Although the SM sold in some numbers, it was nothing like as popular as the MG, and it must have contributed to the Singer financial problems which led to the takeover by the Rootes Group in 1956. Changes to Singer sports cars had begun in 1950, when the Type 4AB had completed replacement of the Nine, by the use of a new chassis and coil spring independent front suspension under the existing four-seater open tourer style. Although Singer stated that this car would continue 'in limited production' for 1952 this remark was really only meant to clear existing stocks, as the model had already been replaced by the SM Roadster. 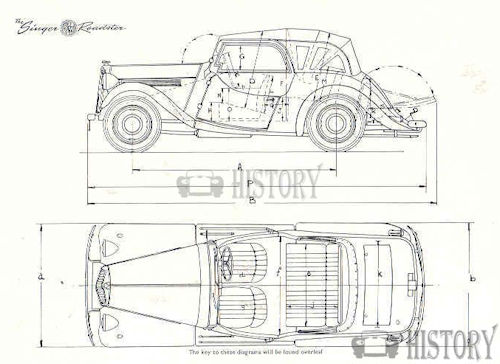 The SM, therefore, used the new chassis from the Type 4AB, and the four-seater tourer style which dated back to the original Nine Roadster of 1939, along with the larger and more powerful 1497cc single-overhead-camshaft engine. Thus equipped, the SM was a much brisker car than the obsolete Nines and 4ABs, though its poor aerodynamics limited its top speed to about 75mph. Until 1954 the SM was strictly an 'export-only' product, but from 1954 it was made available on the home market in twin-carburettor• form. By then, however, Singer was in deep financial trouble, and production of the Roadster ceased in 1955 just before the takeover bid from Rootes arrived.

Total production was of the order of 3000 cars. Singer had proposed to rebody this chassis in 1953 with a glass-fibre shell, but the project, dubbed the SMX, never went into production. 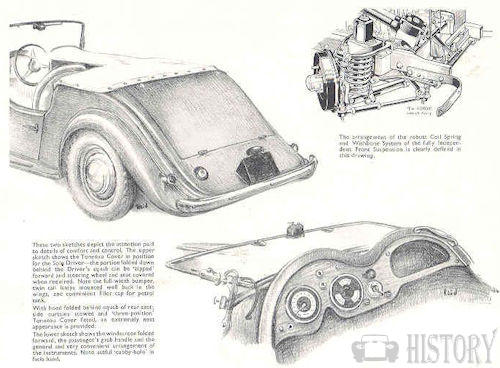