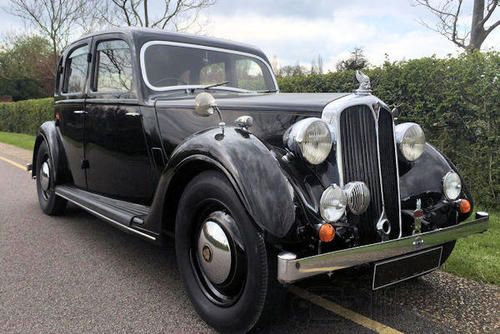 The first Rover 12 was the third car the company made and was launched in 1905. It had a four-cylinder, water-cooled, side-valve, monobloc engine of 1767 cc.

The Rover 12 was a name given to several medium-sized family cars from the British Rover car company between 1905 and 1948.

The new Rover 12 used a two-cylinder, water-cooled, side-valve engine of 1624 cc. The chassis and rear axle of this car would go on to be used in modified form in the 1912 cars.

Many of these cars saw use as taxis.

As a complete change the 1911 Rover 12 had a Knight two-cylinder, water-cooled, sleeve-valve engine of 1882 cc. This had an output of 12 bhp. It is probable that many of the engine components, if not complete engines were bought in from Daimler who held the British patent rights.

The new Rover 12 arrived in 1912 replacing all previous models and was designed by Owen Clegg who had joined Rover from Wolseley. It had a four-cylinder, water-cooled, side-valve engine of 2297 cc with an SU carburettor made by Rover under licence. Around 5000 were made before World War I. The transmission was three-speed, separate from the engine, and drove the rear axle which had a worm drive. Semi elliptic leaf springs were fitted front and rear. Rear wheel brakes, operated by the hand lever were fitted, with a transmission brake operated by the foot pedal.

Post war, in 1919, the engine got a detachable cylinder head and electric starter. A 6 in (152 mm) longer wheelbase chassis became an option in 1921. Advertisements in 1922 quote open two- and four-seat, saloon, limousine coupé and drophead coupé bodies being available at prices from £625 to £800.

In 1924 the model name was changed to the Rover 14 and a four-speed gearbox fitted although the three-speed remained an option on the open models. There was no change to the engine but the new name was claimed to more closely represent the treasury rating of 13.9 hp. A Weymann fabric bodied saloon was added to the range. The last of the cars was made in 1924 after around 13,000 had been made.

The new 12 was launched in 1934 and was part of the new range introduced by the Wilks brothers. It had a new 1496 cc, four-cylinder engine producing 53 bhp. The chassis was also new but based on the one seen on the 1933 Speed Pilot and was "underslung" going under the rear axle. The four-speed transmission featured a freewheel mechanism. The suspension was conventional with rigid axles and half elliptic leaf springs all round. The early cars had a 112 in (2,845 mm) wheelbase but this was stretched by 3 in (76 mm) for 1935 with the extra space giving the rear passengers more leg room. A top speed of 70 mph and economy of 24 mpg was claimed in contemporary advertisements.

This car subsequently became known as the P1. 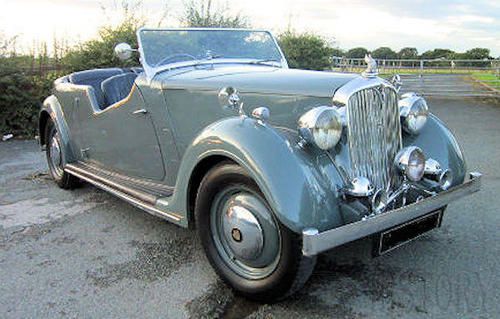 An updated version appeared in 1937 with mainly styling changes but the chassis was stiffened and Girling rod brakes replaced the hydraulic ones that had been fitted to earlier cars. There were no more tourers pre war but around 200 were made in 1947 and 1948 with bodies by Tickford. The 1938 models had fixed bonnet sides and for 1939 synchromesh was added to the top two ratios on the gearbox. Disc wheels became an option to wire wheels in 1939 and standard on post war models.

This car, along with its smaller 10 hp and larger 14/16 hp brothers became known as the Rover P2.

The final cars were made in 1948 and there was no real replacements as subsequent models featured larger engines. 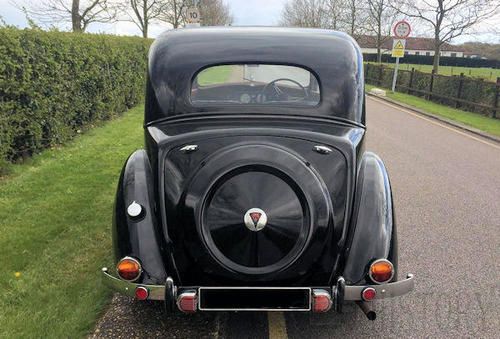