Reliant's first Scimitar was a coupé based upon the styling of a Daimler SP250 prototype (renamed the SX250) and the chassis of a Reliant Sabre. It was first displayed in 1964. It was powered by a 2.6 L Ford straight six from the Ford Zephyr / Ford Zodiac. In order to keep cost down, many components in addition to the engine were existing ones originally designed for competitor models, a point emphasized for buyers of the early Scimitars in which unfolding the sun visor involved knocking the driver's mirror out of adjustment.

In 1966 the SE4A was replaced by the SE4B, with a V6 3.0 L Ford "Essex" engine. A year later, in September 1967 the cheaper SE4C was introduced with a 2.5 L version of the same engine and a reduction of £105 on the 'recommended retail price'. The engine differed from the one fitted on the Ford Zephyr 6 in that the Reliant engine came with an alternator whereas Ford buyers had to be content with a dynamo.

As the Sabre 6 began looking a bit dated, Managing Director Ray Wiggin started looking for a new design. While at the 1962 Motorshow, he saw a car called an OGLE SX250: it had been designed by David Ogle (of David Ogle Associates, later known as Ogle Design) and it was based on the Daimler Dart SP250 chassis and running gear. The car had been privately commissioned by Boris Forter, managing director of the Helena Rubenstein Company (UK), who later had another one built for his girlfriend.

Daimler didn't use the design, so Reliant approached Ogle and asked to buy the rights for it. Some subtle changes were made to the bodyshell and it was further modified to fit the Reliant Sabre chassis and running gear.

The new Scimitar GT car retained the straight-six engine from the Sabre, but with triple SU carburettors as standard it now produced 120 bhp and propelled the car to a top speed of 117 mph. It was launched at the Earls Court Motor Show in 1964; it was praised for its elegant lines and performance figures for a price of £1,292. The price included wire wheels and a luxurious interior with comprehensive instrumentation. Optional extras included a choice of De Normanville overdrive unit, electric sunroof and ZF gearbox. Reliant produced approximately 296 straight-six Scimitar GTs. 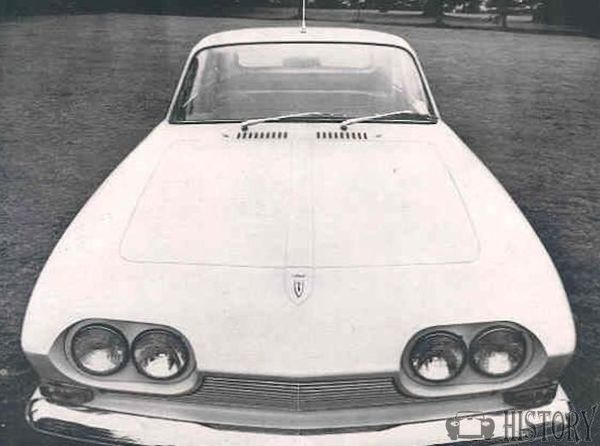 In late 1966 Ford dropped the 2.6 litre engine and replaced it with the new 3 litre Essex engine (as used in the latest MK IV Ford Zodiac). This meant that Reliant had to do a good deal of development work to the existing Scimitar GT to enable the new more powerful engine to fit and obtain best performance and handling.

As the Essex engine was shorter, it was mounted further back in the bulkhead to help improve weight distribution. The lower wishbones were re-positioned, the tower structures and cross members were re-inforced and an anti-roll bar was fitted. Other modifications included replacing the wire wheels with wider steel wheels as standard, and the fitting of a higher-ratio rear axle (3.58:1 instead of 3.875:1).

The interior was updated to move with the times. There was now an all anti-dazzle black interior (including black instrument dial bezels instead of the previous chrome versions). The padded fascia board had crash pads at the top and bottom and improvements were made with the ventilation by fitting directionally variable ventilator jets, as used by Ford.

This is what Autocar said about the new 3 litre Scimitar GT on 12 January 1967:

Reliant lintroduced their third and final version of the V6 Scimitar GT in late 1967. To widen its appeal they launched a slightly less powerful Scimitar GT.

Using Ford's 2.5 litre version of the V6 Essex engine meant that the car could still reach speeds of over 110 mph, have slightly better mpg, but ultimately reduce the cost to the public by approx £120. Externally, the only difference between the 3 litre and 2.5 litre versions was the small badge on the boot giving the engine size. Approximately 118 of the 2.5 litre Scimitar GTs were sold before this version was withdrawn. Production of the standard Scimitar GT continued until November 1970. 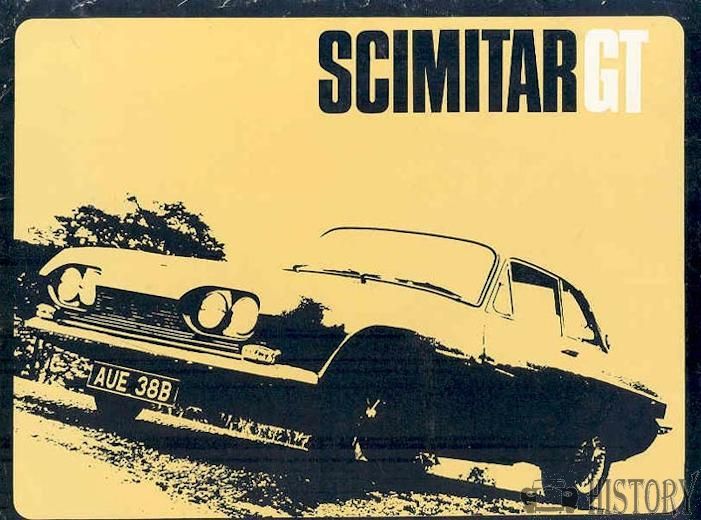