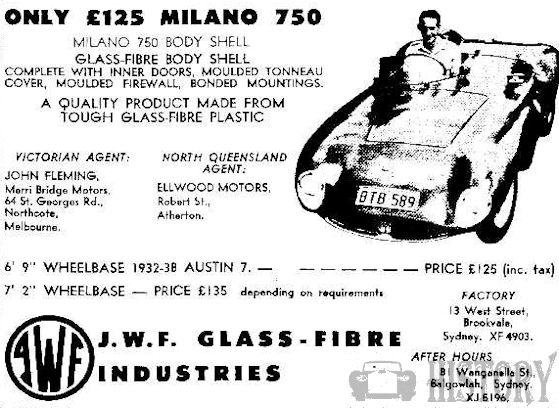 JWF Fiberglass Industries was an Australian manufacturer of automobiles in the 1960s .

Ian Johnson, Jeff Williams and Grant Furzer founded the company in 1959 in Brookvale near Sydney . They started with the production of automobiles and kit cars . The brand name was JWF . In 1969 the production ended.

The first model was the Milano 750 . The vehicle was based on the chassis of the Austin 7 . A little later there was the body in eight different lengths and widths for other chassis. Last run was the Milano GT . Some vehicles received a motor from Holden and were used between 1964 and 1967 in sports car racing. 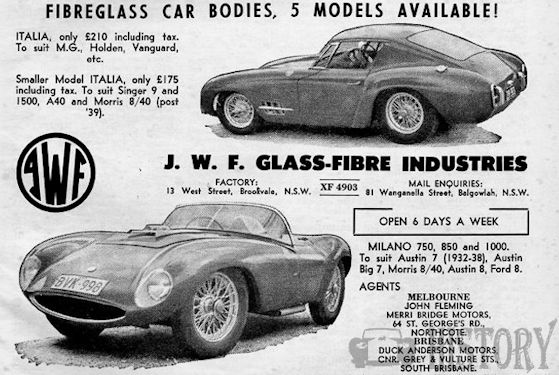 1960 came the Italia . was based on a chassis with 243 cm wheelbase . One version had a grid frame from Nota , a Holden engine and was only available as a complete vehicle. By1969 appeared the GT 2  for race and track  .