The Opel Olympia Rekord is a car of the  the rekord model series of Opel , which was manufactured between March 1953 and July 1957. It replaced the original Olympia .

In addition to a partially synchronized transmission and chassis improvements, the new features included the pontoon body with styling elements taken over from the USA and the many chrome parts inside and out. Special feature of this model was that modeled on the US Opel parent company General Motors retouching were made to the body to each new model year. On the used market this measure led to a higher loss of value for the "old" model of the previous year. Only later did Opel prove a model consistency according to the European model.

From August 1954, an center air baffle was mounted in the radiator grille .Further fashionable adaptations of the radiator grille then took place in August 1955 (Olympic record '56) and in July 1956 (Olympic record '57). The short-stroke 1.5-l four-cylinder four-stroke engine has been increased in the course of the model maintenance to last 45 hp rated power. The successor was from August 1957 Opel Rekord P1. 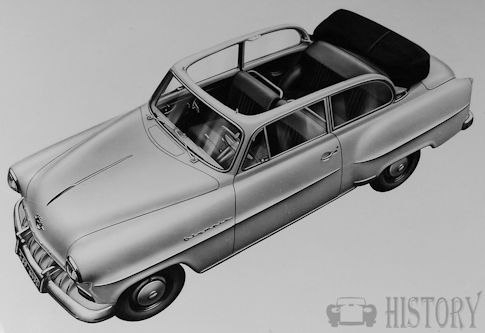