The Opel Kadett D is a vehicle model of the compact class of Opel AG and was built from August 1979 to July 1984. this succeeds Kadett C and its 1973 GM-T platform . With this model on the GM-T platform from 1979 , a drive concept with transversely mounted engine and front-wheel drive was introduced.

In Great Britain, the Cadet D was offered under the name Vauxhall Astra (and van as Bedford Astravan).

The Kadett D was for Opel from an economic point of view, one of the most important models of the time and came closer to the very successful in this class VW Golf in sales. From August 1984, Opel Kadett E replaced it.

With the Kadett D Opel for the first time offered a car with front-wheel drive. The engine was transverse to the direction of travel and drove over a splined transmission - differential unit on the front wheels.A special feature was that the hatchback models were available with two different tailgate variants: Standard was a small trunk lid, which was recognizable by two outer hinges below the rear window. For an additional charge, there was a tailgate, the conventional was struck below the roof and had an integrated larger rear window. This model variant was sold much more often.

The Astra differed essentially by the right-hand drive and other emblems of the cadet. This model was not available in continental Europe. The Vauxhall was initially also produced in Bochum. Production was moved to Ellesmere Port in 1981 and continued there until August 1986 - two years longer than Cadet D on the continent.

But there were some differences. The Vauxhall Astra D was offered until 1982 in parallel with the Vauxhall Chevette, which was available in Germany as Opel Chevette . At its launch in August, as in Cadet D, the 1.3-S-OHC was the most powerful engine produced until September 1984. Also in the Astra, the 1.2-N OHV with 53 hp (39 kW) and the 1.2-S OHV with 60 hp (44 kW) and the 1.3-N-OHC engine were installed, but these models got instead of a Solex -Vergasers a Dell'Orto .

The body styles were the same. In September 1981 then followed by the 1.6-S engine, which was also introduced in parallel in the Cadet D and was the first engine of the OHC "Big Block" series. This made 90 hp (66 kW) and the modifications to the chassis and the brakes were the basis for the later GTE models. Simultaneously with the cessation of production of the Chevette took on the Astra D new engine variants in the program.

These included the 1.2-S-OHC engine with 60 hp (44 kW), which was produced as the 1.3 S to September 1984 and the 1-6-D-OHC engine, which also appeared in the Kadett D, but until the end remained in the series. According to the modular principle of Vauxhall / Opel, many components of the 1.6-S-OHC were adopted in the development of the diesel engine.

In March 1983, the sports execution of the Astra named GTE was presented on the island, along with the cadet GTE on the continent. There were similarities such as the 18E engine with Bosch LE Jetronic fuel injection and small differences in equipment. The Astra GTE were delivered as standard with headlight washers, two rear fog lights and side windows, but had standard exterior mirrors. The cadet GTE these extras were extra charge, but the sports mirrors, as well as the SR variants, standard.

The built-in engines of the Kadett D were newly developed and were already in February 1979 in the Ascona B used. With light metal - cross-flow cylinder head and overhead camshaft (OHC) they reached the connection to the then technical standard in passenger car engine construction. The result of these two leaps in technology were sales figures closer to those of the VW Golf , which had been on the market since 1974 with this concept.

The Opel Kadett D was also converted from smaller body shops to convertible . Probably the most commonly built convertible comes from the company Bieber, which was based in Borken and now no longer exists. Here, a complete kit for self-assembly could be purchased. For an additional charge, the company Bieber also took over the rough conversion.. From 1985 to 1992, about 260 vehicles of the Cadet D were rebuilt.

Also the company Baumgärtner manufactured convertibles of the Opel Kadett D, however much rarer. Different sources name 9-14 vehicles. Unlike the Bieber convertible, which had a foldable top, the roof solution at the Baumgärtner was awkward and rather provisional nature, but in no case really suitable for everyday use. After attaching ironing the roof had to be raised very expensive. The otherwise high-quality conversion with many different reinforcements and reinforcements .

The Cadet D was offered in three main body styles:

The cadet SR was only available with the motors 1,3S and 1,6S. The body was provided in the lower area around the height of the bumpers with matt black foil. Furthermore, black fender flares, front spoiler, alloy wheels and from 9/81 side skirts were also installed. From about April 1983, the alloy wheels were extra charge, from now on were 14 "steel rims.In the interior, the SR equipment differed by sports seats of Recaro and additional instruments in the instrument cluster of the other equipment variants. All SR models up to the model year 1981 had the door panels of the standard version. From model year 1982, these were replaced in the context of the larger model care by the now enlarged down door panels of the model "luxury".

The SR was usually delivered as a three-door, but it was until August 1981 as a two-door with a small boot lid and from September 1982 as a five-door. However, the 1.3S engines with 55 kW / 75 hp had a notorious engine weakness. Regularly, defects were mainly found on the camshafts. This problem (insufficient hardening) also appeared in the first years of construction on the 1.3N, but was quickly eliminated in the context of revision measures, also could affected owners hope for goodwill of Opel.

In early 1983, the cadet GTE was presented with the 85 kW (115 hp ) engine. Its 1.8-liter injection engine was part of the new OHC engine generation with light-metal cylinder head and hydraulic valve clearance compensation, which was developed on new production lines of the component plant Kaiserslautern .

The GTE variant differed externally by body color painted spacers, side skirts, front spoiler and exterior mirrors, a black foil around the rear window, white turn signals and the silver-colored alloy wheels of the year before Ascona C SR from the cadet SR.The GTE was produced just over a year. Approximately 36,300 units were produced at the Bochum plant and at the Antwerp plant (Belgium), of which about two thirds were left-hand drive vehicles.

The interior of the GTE was equipped with sports seats by Recaro in gray Feinvelour, a sports steering wheel with GTE emblem on the horn button and additional displays in the instrument cluster. Furthermore, only the GTE a speedometer with a scale up to 220 km / h was reserved. For all other models, the tachometer scale reached 200 km / h.The cadet GTE also had a steering damper , a lowered body, gas spring and ventilated front disc brakes . It was offered as the SR models three- and five-door.

As a customer, you could choose between the colors polar white, carmine red, silver, and black, while all other models the complete color palette was available. In white paint the bumpers were made of white plastic and the alloy wheels painted in body color. All other GTE models had black bumpers and silver alloy wheels.The Kadett D GTE is due to its susceptibility to rust and the tuning orgies of the 1980s and 1990s today, only very rarely in good and original condition to find. Well-preserved GTE with the status note 1-2 are offered very rarely and traded much higher than the Youngtimer rating lists. 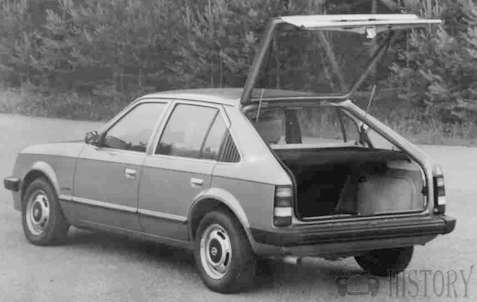