It was not only available with 5 tons, but also with 7 tons and 8 tons payload. However, it was not a completely new design, but came from the Morris FE chassis as well as the lower part of the cab. Now there was a modern one-piece windshield instead of the old-fashioned two-piece of the FE.

The Morris FH By 1961 was a revision of the Morris FF with identical cab, but new chassis to accommodate, among other things, the enlarged and revised 5.7-liter six-cylinder diesel engine. In addition to the flatbed truck and tractor unit available, The chassis of the FF / FH and Austin 45 was converted by bodybuilders to various special vehicles. In addition to various emergency vehicles for police and fire , special models for the British Post and the British military were built. Especially for export market to Asian countries, the chassis was also delivered with bus construction. The Construction of the FH ended by 1964. 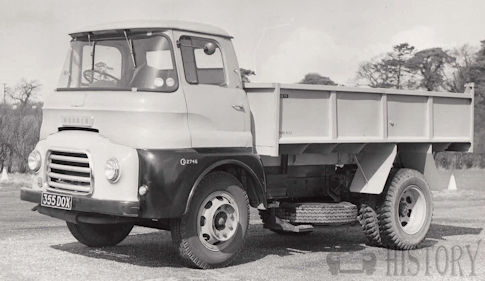