The second generation RX-7 ("FC", VIN begins JM1FC3 or JMZFC1), still known as the Savanna RX-7 in Japan, featured a complete restyling reminiscent of the Porsche 944 or Porsche 924. Mazda's stylists, led by Chief Project Engineer Akio Uchiyama, focused on the Porsche 944 for their inspiration in designing the FC because the new car was being styled primarily for the American market, where the majority of first generation RX-7's had been sold. This strategy was chosen after Uchiyama and others on the design team spent time in the United States studying owners of earlier RX-7's and other sports cars popular in the American market. The Porsche 944 was selling particularly well at the time and provided clues as to what sports-car enthusiasts might find compelling in future RX-7 styling and equipment. While the SA22/FB was a purer sports car, the FC tended toward the softer sport-tourer trends of its day. Handling was much improved, with less of the oversteer tendencies of the FB. The rear end design was vastly improved from the FB's live rear axle to a more modern, Independent Rear Suspension (rear axle). Steering was more precise, with rack and pinion steering replacing the old recirculating ball steering of the FB. Disc brakes also became standard, with some models (S4: GXL, GTU, Turbo II, Convertible; S5: GXL, GTUs, Turbo, Convertible) offering four-piston front brakes. The rear seats were optional in some models of the FC RX-7, but are not commonly found in the American Market. Mazda also introduced Dynamic Tracking Suspension System (DTSS) in the 2nd generation RX-7. The revised independent rear suspension incorporated special toe control hubs which were capable of introducing a limited degree of passive rear steering under cornering loads. The DTSS worked by allowing a slight amount of toe-out under normal driving conditions but induced slight toe-in under heavier cornering loads at around 0.5 G's or more; toe-out in the rear allows for a more responsive rotation of the rear, but toe-in allowed for a more stable rear under heavier cornering. Mazda also introduced Auto Adjusting Suspension (AAS) in the 2nd generation RX-7. The system changed damping characteristics according to the road and driving conditions. The system compensated for camber changes and provided anti-dive and anti-squat effects. The Turbo 2 uses a turbo charger with a twin scroll design. The smaller primary chamber is engineered to cancel the turbo lag at low engine speeds. At higher revolutions the secondary chamber is opened, pumping out 33% more power than the naturally aspirated counterpart. The Turbo 2 also has an air-to-air intercooler which has a dedicated intake on the hood. The intake is slightly offset toward the left side of the hood. 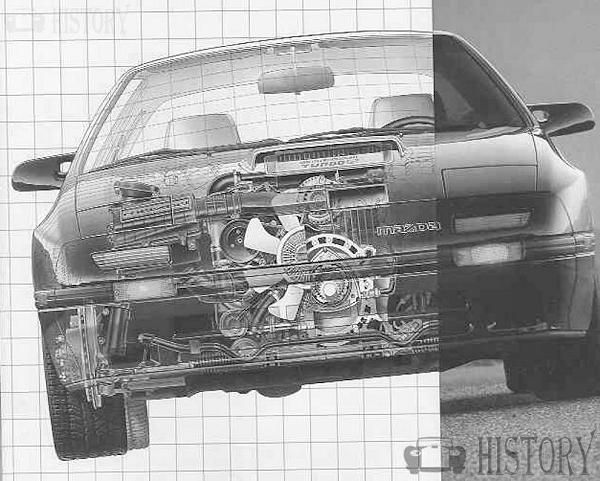 Though about 800 lb (363 kg) heavier and more isolated than its predecessor, the FC continued to win accolades from the press. The FC RX-7 was Motor Trend's Import Car of the Year for 1986, and the Turbo II was on Car and Driver magazine's Ten Best list for a second time in 1987.

In the Japanese market, only the turbo engine was available; the naturally aspirated version was allowed only as an export. This can be attributed to insurance companies penalizing turbo cars (thus restricting potential sales). This emphasis on containing horsepower and placating insurance companies to make RX-7's more affordable seems ironic in retrospect. Shortly after the discontinuance of the second generation RX-7's in 1992, an outright horsepower "arms race" broke out between sports car manufacturers, with higher and higher levels of power required to meet buyer demands. This rising horsepower phenomena arose from the US CAFE standards remaining stable while engine technologies marched forward rapidly. 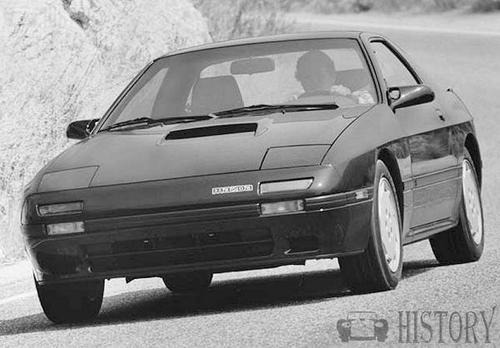 Australian Motors Mazda released a limited run of 250 'Sports' model Series 4 RX-7's; each with no power steering, power windows or rear wiper as an attempt to reduce the weight of the car. In Japan, there was a special limited release of the FC called Infini with only 600 made for each year. Some special noted features for all Infini series are: infini logo on the back, upgraded suspension, upgraded ECU, higher horsepower, lightened weight, 15-inch BBS aluminum alloy wheels, Infini logo steering wheel, aero bumper kits, bronze colored window glass, floor bar on the passenger side, aluminum bonnet with scoop, flare and holder. The car was thought as the pinnacle of the RX-7 series (until the FD came out). The Infini IV came with other special items such as black bucket seats, 16-inch BBS wheels, Knee pads, and all the other items mentioned before. There are differing years for the Infini, which noted the series. Series I was introduced in 1987, Series II was introduced in 1988, Series III was introduced in 1990, and Series IV was introduced in 1991. Series I and II came in White or Black, Series III came in Forest Green only, and Series IV came in Forest Green or Noble Green. There are only minor differences between the series, the biggest change which was from the Series II being an S4 (1986–1988) and the Series III and IV being an S5 (1989–1991).

Mazda introduced a convertible version of the RX-7 in 1988 with a normally aspirated engine — introduced to the US market with ads featuring Hollywood actor James Garner, at the time featured in many of Mazda's television advertisements.

The convertible featured a removable rigid section over the passengers and a folding textile rear section with heatable rear glass window. Power operated, lowering the top required unlatching two header catches, power lowering the top, exiting the car (or reaching over to the right side latch), and folding down the rigid section manually. Mazda introduced with the convertible the first integral windblocker, a rigid panel that folded up from behind the passenger seats to block unwanted drafts from reaching the passengers — thereby extending the driving season for the car in open mode. The convertible also featured optional headrest mounted audio speakers and a folding leather snap-fastened tonneau cover. The convertible assembly was precisely engineered and manufactured, and dropped into the ready body assembly as a complete unit — a first in convertible production.

Several leading car magazines at the time also selected the convertible as one of the best rag-tops available on the market (see Automobile Magazine/January 1988, Performance Car Magazine/January 1989). Mazda exported approximately five thousand convertibles to the United States in 1988 and fewer in each of the next three model years, although it is difficult to confirm these figures, as Mazda USA did not keep RX-7 import records by model type. Production ceasing in 1991 after Mazda marketed a limited run of 500 example for 1992 for the domestic market only. In Japan, the United Kingdom, and other regions outside the US, a turbocharged version of the convertible was available.

Mazda introduced the 10th Anniversary RX-7 in 1988 as a limited production run based on the RX-7 Turbo II. Production was limited to 1,500 models. The 10th Anniversary RX-7 features a Crystal White monochromatic paint scheme with matching white body side mouldings, taillight housings, mirrors and 16-inch alloy 7-spoke wheels. Another distinctive exterior feature is the gold rotor-shaped 10th Anniversary Edition badge on the fenders. The interior is all black with leather seats, leather-wrapped steering wheel (with 10th AE centerpiece) and genuine MOMO shifter and boot. Glass windows are bronze tinted. Other 10AE specific items are headlight washers (the only RX7 in the US that got this feature), glass breakage detectors added to the factory alarm system, 10AE floormats, 10AE "bra", and an aluminum under pan.

In 1989, with the introduction of a face-lifted FC RX-7, and to commemorate the RX-7's IMSA domination, Mazda introduced a limited model labeled the GTUs. Starting with the lightweight base model GTU, which came with manual windows, no rear wiper, no sunroof, and A/C was dealer optioned, the GTUs added items found on the Turbo model such as four piston front brakes, rear ventilated brake rotors, vehicle speed sensing power steering, 1 piece front chin spoiler, cloth covered Turbo model seats, leather wrapped steering wheel, 16 inch wheels, 205/55VR tires, and a GTUs only 4.300 Viscous-type limited slip differential (all other FC LSD's where 4.100). This allowed quicker acceleration from the non-turbo powered 13B. Although the GTU and GTUs did not come with a sunroof, many dealers offered an aftermarket glass sunroof to help with sales. Mazda built 1100 GTUs's in 1989, with the last 100 re-stamped as 1990 models. 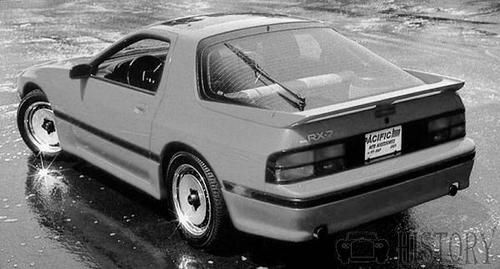