The FD RX-7 was Motor Trend's Import Car of the Year. When Playboy magazine first reviewed the FD RX-7 in 1993, they tested it in the same issue as the [then] new Dodge Viper. In that issue, Playboy declared the RX-7 to be the better of the two cars. It went on to win Playboy's Car of the Year for 1993. The FD RX-7 also made Car and Driver magazine's Ten Best list for 1993 through 1995, for every year in which it was sold state-side. June, 2007 Road&Track magazine proclaimed "The ace in Mazda's sleeve is the RX-7, a car once touted as the purest, most exhilarating sports car in the world."

The sequential twin turbocharged system was a very complex piece of engineering, developed with the aid of Hitachi and previously used on the domestic Cosmo series (JC Cosmo=90–95). The system was composed of two small turbochargers, one to provide boost at low RPM. The 2nd unit was on standby until the upper half of the rpm range during full throttle acceleration. The first turbocharger provided 10 psi (0.7 bar) of boost from 1800 rpm, and the 2nd turbocharger was activated at 4000 rpm and also provided 10 psi (0.7 bar). The changeover process occurred at 4500 rpm, 8 psi (0.6 bar), was smooth, and provided linear acceleration and a wide torque curve throughout the entire rev range.

Handling in the FD was regarded as world-class, and it is still regarded as being one of the finest handling and the best balanced cars of all time. The continued use of the front-midship engine and drivetrain layout, combined with an 50:50 front-rear weight distribution ratio and low center of gravity made the FD a very competent car at the limits.

Australia had a special high-performance version of the RX-7 in 1995, dubbed the RX-7 SP. This model was developed as a homologated road-going version of the factory race cars used in the 12hr endurance races held at Bathurst, New South Wales, beginning in 1991 for the 1995 event held at Eastern Creek, Sydney, New South Wales. An initial run of 25 were made, and later an extra 10 were built by Mazda due to demand. The RX-7 SP produced 204 kW (274 hp) and 357 N·m (263 lb·ft) of torque, compared to the 176 kW (236 hp) and 294 N·m (217 lb·ft) of the standard version. Other changes included a race developed carbon fibre nose cone and rear spoiler, a carbon fibre 120 L fuel tank (as opposed to the 76 L tank in the standard car), a 4.3:1-ratio rear differential, 17-inch wheels, larger brake rotors and calipers. An improved intercooler, exhaust, and modified ECU were also included. Weight was reduced significantly with the aid of further carbon fibre usage including lightweight vented bonnet and Recaro seats to reduce weight to just 1050 kg (from 1150 kg). It was a serious road going race car that matched their rival Porsche 911 RS CS for the final year Mazda officially entered. The formula paid off when the RX-7 SP won the title, giving Mazda the winning 12hr trophy for a fourth straight year. The winning car also gained a podium finish at the international tarmac rally Targa Tasmania months later. A later special version, the Bathurst R, was released in 2001 to commemorate this, in Japan only.

In the United Kingdom, for 1992, customers were offered only one version of the FD which was based on a combination of the US touring and the base model. For the following year, in a bid to speed up sales, Mazda reduced the price of the RX-7 to £25,000, down from £32,000 and refunded the difference to those who bought the car before that was announced. The FD continued to be imported to the UK until 1996. In 1998, for a car that had suffered from slow sales when it was officially sold, with a surge of interest and the benefit of a newly introduced SVA scheme, the FD would become so popular that there were more parallel and grey imported models brought into the country than Mazda UK had ever imported. 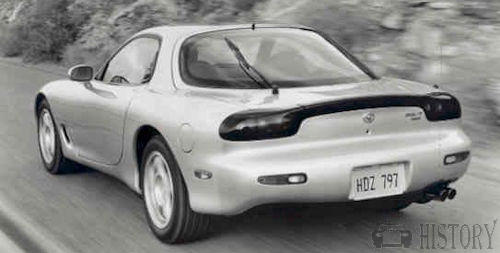 - There are three kinds of "Spirit R": the "Type A", "Type B", and "Type C". The "Type A" is a two-seater with a 5-speed manual transmission. It features lightweight red trim Recaro front seats as seen in the earlier RZ models. The "Type B" has a 2+2 seat configuration and also sports a 5-speed manual transmission. The "Type C" is also a 2+2, but has a 4-speed automatic transmission. Of the 1500 Spirit R's made, over 1000 were Type A's. An exclusive Spirit R paint color, Titanium Grey, adorned over 700 of the 1500 cars sold. 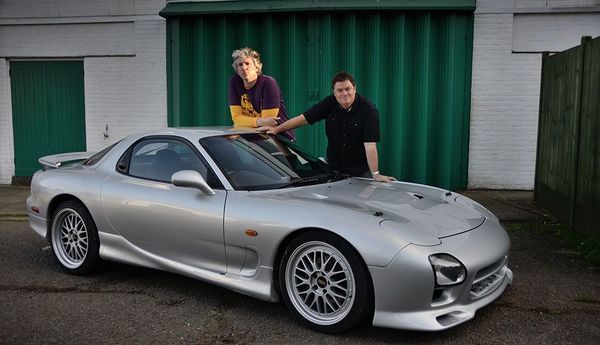