Making its debut at the 1957 London Motor Car Show, Earls Court, as chassis #1008 ,the Elite had spent a year in development, aided by "carefully selected racing customers", before going on sale.

The Elite's most distinctive feature was its highly innovative fiberglass monocoque construction, in which a stressed-skin unibody replaced the previously separate chassis and body components. Unlike the contemporary Chevrolet Corvette, which used fiberglass for only exterior bodywork, the Elite also used this glass-reinforced plastic material for the entire load-bearing structure of the car, though the front of the monocoque incorporated a steel subframe supporting the engine and front suspension, and there was a hoop at the windscreen for mounting door hinges and jacking the car up. The first 250 body units were made by Maximar Mouldings at Pulborough, Sussex. The body construction caused numerous early problems, until manufacture was handed over to Bristol Aeroplane Company.

The resultant body was both lighter, stiffer, and provided better driver protection in the event of a crash. Sadly, the full understanding of the engineering qualities of fiberglass reinforced plastic was still several years off and the suspension attachment points were regularly observed to pull out of the fiberglass structure. The weight savings allowed the Elite to achieve sports car performance from a 75 hp (55 kW) 1216 cc Coventry Climax FWE all-aluminium straight-4 engine with fuel consumption at 35mpg. All production Lotus Elites were powered by the FWE engine. (Popular mythology says that cars left the factory with a variety of engines, but this is incorrect.) The FWE engine, derived from a water pump engine usually found bolted to a fire truck, was used by Lucas Electric for electrical component life testing in the presence of intense vibration.

Like its siblings, the Elite was run in numerous formulae, with particular success at Le Mans and the Nürburgring. Elites won their class six times at the 24 hour Le Mans race as well as two Index of Thermal Efficiency wins. Les Leston, driving DAD10, and Graham Warner, driving LOV1, were noted UK Elite racers. In 1961, David Hobbs fitted a Hobbs Mecha-Matic 4-speed automatic transmission to an Elite, and became almost unbeatable in two years' racing – he won 15 times from 18 starts. New South Wales driver Leo Geoghegan won the 1960 Australian GT Championship at the wheel of a Lotus Elite.

The car had independent suspension all round with transverse wishbones at the front and Chapman struts at the rear. The rear struts were so long, that they poked up in the back and the tops could be seen through the rear window. The Series 2 cars, with Bristol-built bodies, had triangulated trailing radius arms for improved toe-in control. Girling disc brakes, usually without servo assistance, of 9.5 in (241 mm) diameter were used, inboard at the rear. When leaving the factory the Elite originally fitted Pirelli Cinturato 155HR15 tyres (CA67)

Advanced aerodynamics also made a contribution, giving the car a very low drag coefficient of 0.29 – quite low even for modern cars.This accomplishment is all the more remarkable considering the engineers did not enjoy the benefits of computer-aided design or wind tunnel testing. The original Elite drawings were by Peter Kirwan-Taylor. Frank Costin (brother of Mike, one of the co-founders of Cosworth), at that time Chief Aerodynamic Engineer for the de Havilland Aircraft Company, contributed to the final design.

The SE was introduced in 1960 as a higher performance variant, featuring twin SU carburettors and fabricated exhaust manifold resulting in 85 bhp, ZF gearboxes in place of the standard "cheap and nasty" MG ones, Lucas PL700 headlamps, and a silver coloured roof. The Super 95 spec, with more power, from a higher-tuned engine with raised compression and a fiercer camshaft with 5 bearings. A very few Super 100 and Super 105 cars were made with Weber carburettors, for racing use.

Among its few faults was a resonant vibration at 4000 rpm (where few drivers remained, on either street or track)and poor quality control, handicapped by overly low price (thus losing money on every car produced) and, "perhaps the greatest mistake of all", offering it as a kit, exactly the opposite of the ideal for a quality manufacturer. Many drivetrain parts were highly stressed and required regreasing at frequent intervals. 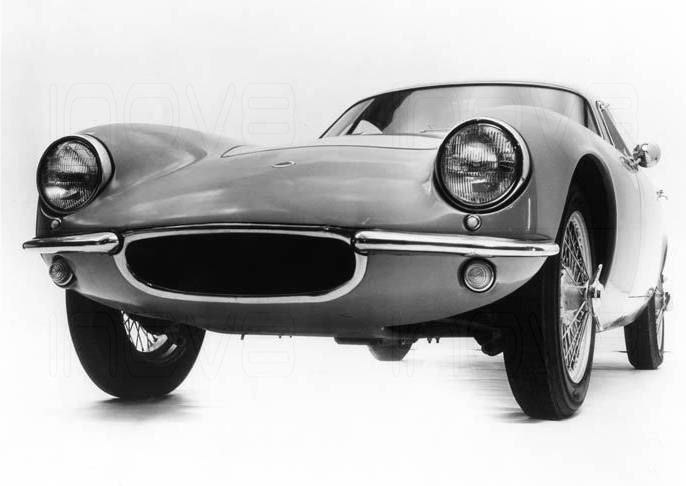