The Series 1 was unable to be produced beyond the 2000 model production year due to new European regulations around crash sustainability, and so Lotus needed a development partner to meet the investment requirement. General Motors offered to partner/fund the project, in return for a badged and GM-engined version of the car for their European brands, Opel and Vauxhall.

Announced on October 9, 2000, the Series 2 Elise was a redesigned Series 1 using a slightly modified version of the Series 1 chassis to meet the new regulations, and the same K-series engine with a brand new Lotus-developed ECU. The design of the body paid homage to the earlier M250 concept, and was the first Lotus to be designed by computer.

Both the Series 2 Elise and the Opel Speedster/Vauxhall VX220 were built on the same production line, in a newer facility at Hethel. Both cars shared many parts, including the chassis, although they have different drive-trains and power-plants. The VX220 carried the Lotus internal model identification Lotus 116, with the code name Skipton for the launch 2.2N/A version and Tornado for the 2004 introduced 2.0 L Turbo. Fitted with 17 inch over the Elise's 16 inch front wheels, the Vauxhall/Opel version ceased production in late 2005.

The Series 2 was also available as a 111S model, with the VVC engine technology producing 160 hp (119 kW). The 111S models were discontinued in 2005 in favour of the Toyota powerplant (see below), mainly due to Lotus plans to introduce the Elise to the US market, which needed the engine to comply with the emission regulations in USA, which was not the case for the K-series Engine as MG Rover did not sell cars in the US.

This Series 2 Elise model comes in European 111R version or a version sold in North America, called the Federal Elise. It is powered by the all-aluminium 189 horsepower (141 kW) 1.8L DOHC Toyota ZZ engine with a Yamaha designed twin-cam head offering variable valve timing on both intake and exhaust valvetrain, and a 6 speed manual Lotus gearbox. The Series 2 model is acclaimed as the best version of the Elise to date, with tremendous performance numbers. Many tests show 0–60 miles per hour (97 km/h) in approximately 4.9 seconds, or 4.7 seconds with the Sport Package. The engine management computer is a Lotus programmed unit.

The 2005 Lotus Elise was the first to be sold commercially in the United States, in the summer of 2004. Approval for the Elise, however, required intervention by the National Highway Traffic Safety Administration (NHTSA) who provided a three-year exemption for the car, as it had failed to meet US bumper and headlight regulations. All Lotus Elise cars manufactured after January 1, 2007 include the new headlights and 2.5 mph (4.0 km/h) bumpers, although they are hidden in the front.

This model has been followed up by the 2006 Model Year Elise 111R and SportRacer models. Lotus made a limited edition (50 in the US) version of the Lotus Elise as well, called the Lotus Sport Elise.

For the 2007 model year Lotus there were several further minor changes made. The LOTUS decals on the rear of the vehicle, which was previously flat stickers, was changed to raised lettering. The headlamp units were sealed. Also, in order to comply with US Federally mandated bumper restrictions, the frontal crash structure was slightly changed and rear bumperettes were added next to the licence plate mount. Approximately 100 2007 model year "launch" cars were shipped to the US without these bumper changes. Also in 2007, the Elise S was released and the 111R renamed Elise R.

The Elise S is the new base model with a Toyota sourced 1.8 L engine replacing the previous models K series Rover engine. The 2ZZ-GE engine produces 189 bhp (141 kW; 192 PS) at 6,200 rpm (a considerable increase over the 120 bhp or 89 kW; 122 PS of the Rover engine). The inclusion of airbags, ABS brakes, electric windows, and carpet in addition to the new heavier engine has increased the base weight to 860 kg (1,896 lb) (approximately 85 kg or 190 lb higher than the previous S model).

The Elise's successor, the third generation of Elise, first appeared at the 2010 Paris Motor Show as the "Lotus Elise Concept" in the autumn of that year, and is set to be launched within the next couple of years, heavier and with a considerably more powerful 2.0-litre engine. 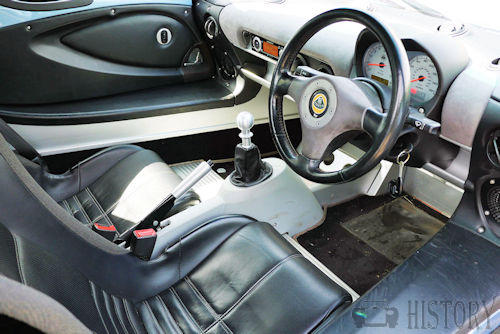 For 2008, there were several additions to the Lotus line-up. There are three versions of the Elise. Lotus continued to provide a naturally aspirated Elise producing 189 hp (141 kW). The second version is the Elise SC sporting a non-intercooled supercharger producing 218 hp (163 kW). 0-60 mph is reduced from 4.9 for the base Elise or 4.7 seconds for the Elise with Sport package to 4.3 seconds for the Elise SC. The NA Elise styling is similar to the prior model years. The Elise SC, however, is distinguishable from the NA version by a rear spoiler identical to the Type 72-D edition spoiler and new wheels. Weight remained a Lotus-claimed 1,987 lb (901 kg); just 3 pounds (1.4 kg) more than the previous year. Prior to the release of the 2008 Elise SC, the limited production California Edition arrived at dealerships. A total of fifty California Edition Elises were produced; 25 in Saffron Yellow and 25 in Ardent Red. The interiors of the Cali's were produced in a light two-tone leather (Biscuit) and the exterior modifications included a silver front grille (a nod to vintage-Ferrari), body-colored shutter grills on the side inlets and engine cover, enhanced 16-spoke wheels, and a large spoiler that covers the upper-rear deck (72-D style). The Cali's were intended to appeal to "the lifestyle market."

Since April 2010, a facelifted version of the second generation Elise has been available. The new headlights are now single units; triangular in shape they are somewhat larger than the earlier lights. The cheapest version in Europe now has a 1.6 litre engine, with the same power output as the earlier 1.8 (136 PS or 100 kW; 134 hp). 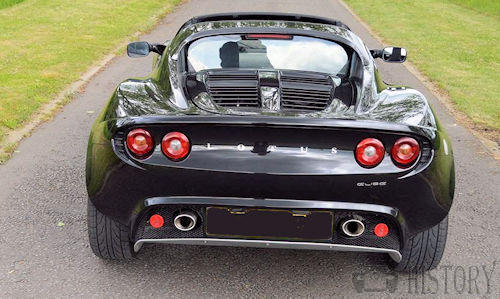 The Series 2 Exige, comes with the same high revving Toyota 1.8L engine and six speed gearbox as the Elise 111R, replacing the Rover K-series engine of the previous Exige.

The Series 2 Exige has been followed up by the limited-edition Lotus Sport Exige 240R, incorporating a Lotus-developed supercharger atop the Lotus engine. The US Federalized version with the supercharger fitted is known as the Exige S 240.

The Zytek Lotus Elise is an electric sports car jointly produced by Lotus and Zytek, from 1998 and discontinued in 2003. 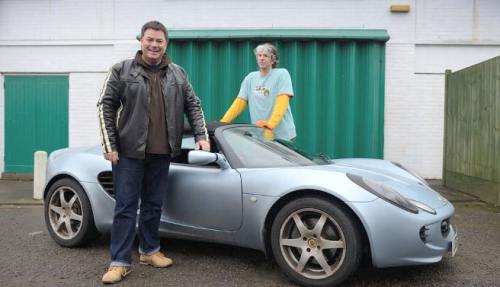