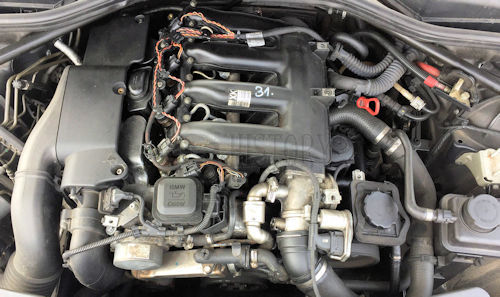 The BMW M47 and Rover Group M47R are diesel straight-4 engines. Variants were manufactured by BMW from 1998 to 2007. BMW gradually adopted high-pressure common rail fuel injection systems over the lifetime of the M47.

The 1998 introduced in the BMW E46 (320d) engines were initially equipped with a distributor injection pump VP44. In September 2001 (in the E46 318d only from 2003) they were revised and were from then on M47TÜ. This version was equipped with common rail injection and turbocharger with adjustable vanes on the turbine. 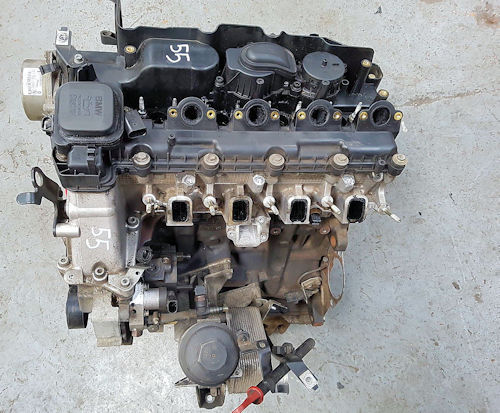 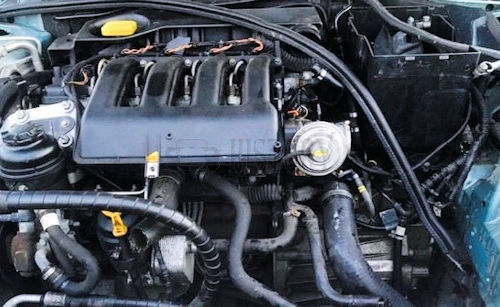 Rover Group (UK) and Steyr (Austria), worked together to modify the M47D20 to create a transverse configuration for use in the Rover 75 front wheel drive saloon, as well as their all-wheel-drive Land Rover Freelander. The same engine was later deployed by MG Rover in the Rover 75 Tourer and MG ZT. The M47R ("M47 Rail") differs from the original design by the introduction of common-rail technology, a transverse orientation, different turbochargers and more sophisticated systems for temperature management. However, the core 1951 cc heads of the M47R and M47D20 are the same. Combining a common-rail system with a relatively small engine capacity created engine temperature problems. More hardware was added to help control temperatures which also helped to escalate weight, fuel consumption, and manufacturing costs. The BMW Steyr plant manufactured and supplied M47R engines with the same power output as the M47D20 from 1999 to 2006.

The all wheel drive BMW X3 and rear wheel drive BMW 320d models, built approximately between September 2001 and December 2004, were fitted with the M47TU ("M47 Technical Update"). The exact production week is not known, and was probably later than Production Week 33 in 2001 (e.g. one cannot rely on a UK 51 plate registered BMW 320d to have the M47TU).

The engine capacity was expanded to 1995 cc, and it retained the common-rail injector system that had proven popular in the smaller M47R and larger M57 engines. These changes empowered BMW to increase torque and improve fuel consumption, especially at lower revs. However, these modifications added 50 kg to overall weight and emissions raised accordingly. In the UK, the new characteristics of the M47TU were sufficient to lift the BMW 320d into the next highest insurance bracket, and the next highest band for Vehicle Excise Duty (Road Tax).

The M47TUD20 introduced new common failure points. Chief among these was a new 'swirl flap' mechanism embedded in the inlet manifold. This consisted of a number of butterfly valves within each individual inlet tract, which are secured to an actuating rod via two small screws. It has become clear that over time these screws can come loose via vibration etc. When this happens they can end up being drawn into the respective cylinder, causing significant damage to piston, cylinder head and valves. If unlucky further damage can be caused to the turbo if the screw then makes its way through the exhaust valve into the manifold and subsequently into the turbo. These failures have occurred in such quantity that a number of specialist BMW magazines have featured articles on the problem including information on how to remove the swirl flaps. For those who wish to perform some preventive maintenance on the M47TUD20 engine, there are companies who supply and/or fit blanking plugs to allow the removal of these swirl flaps altogether. BMW addressed the problem by introducing stronger swirl flaps and larger diameter spindles - made from plastic - in 2006. 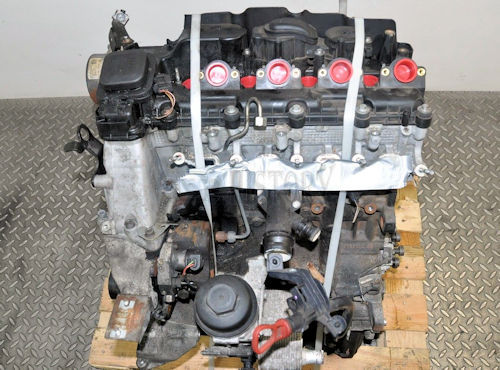