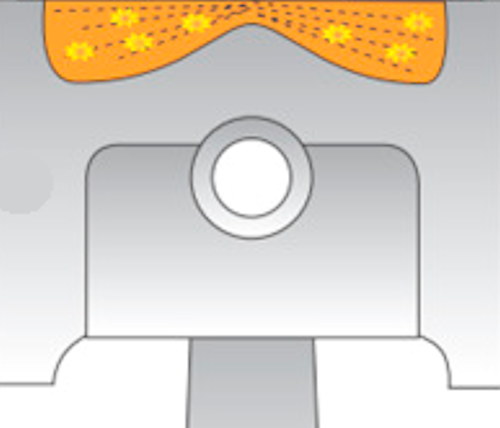 What is engine volumetric efficiency, we explain below.

The volumetric efficiency and compression ratio are the most important factors in determining the pressure created in a cylinder.
The volume of fuel pulled into the cylinder during the induction stroke of each cycle should, in theory, be equal to the cylinder area multiplied by the stroke length. In actuality, the amount actually drawn in is much less than the theoretical maximum.

The ratio of actual to theoretical amounts is called "The Volumetric Efficiency".

The Volumetric Efficiency measures how well the cylinder is replenished with fresh fuel mixture at the end of each cycle. For best efficiency, the cylinder must not only absorb the whole charge, but also completely evacuate the exhaust gases, ensuring that the incoming mixture is not diluted by the presence of any burned gases. To put it another way, the engine must be allowed to fully breathe in and out.

When a car is driven, this fact is proven. When the throttle is held wide open on a level road, more power is generated not only because of the higher flow of mixture into the cylinder, but also because the volumetric efficiency is improved, resulting in a further gain in power. The opposite is also true, as shutting the throttle inhibits the flow of mixture, lowering volumetric efficiency and lowering power output.

In the case of the supercharged engine, the mixture is forced into the cylinder under mechanical pressure instead of relying upon the natural pressure of the atmosphere, thus ensuring that a greater quantity of mixture will enter the cylinder and give a higher volumetric efficiency, particularly at the highest engine speeds. The volumetric efficiency varies therefore according to the different engine designs and speeds