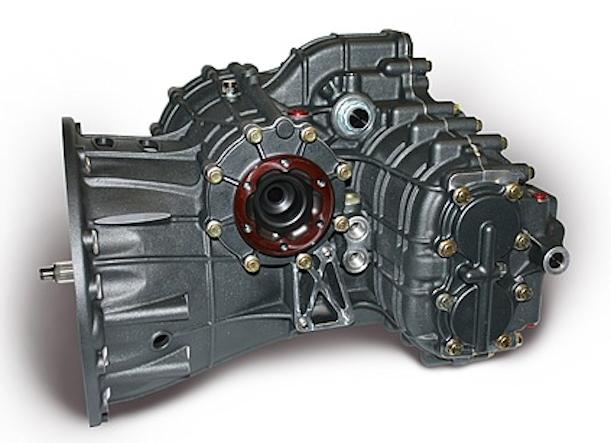 In the automotive field, a transaxle is a major mechanical component that combines the functionality of the transmission, the differential, and associated components of the driven axle into one integrated assembly.

Many mid- and rear-engined vehicles use a transverse engine and transaxle, similar to a front wheel drive unit. Others use a longitudinal engine and transaxle like Ferrari's 1989 Mondial t which used a "t" arrangement with a longitudinal engine connected to a transverse transaxle, a design the company continues to this day. Front-wheel drive versions of modern Audis, from the A4 upwards, along with their related marques from the Volkswagen Group (which share the same automobile layout) also use a similar layout, but with the transaxle also mounted longitudinally. 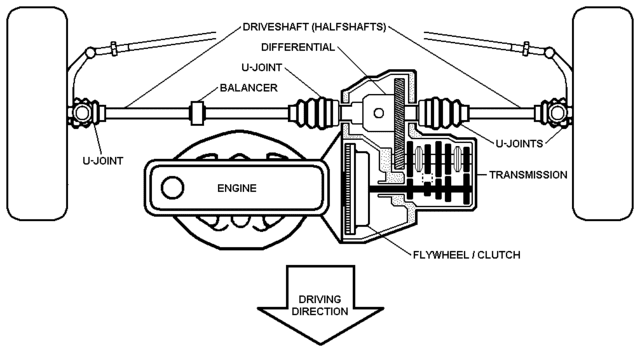 Front-engine, rear-wheel drive vehicles tend to have the transmission up front just after the engine, but sometimes a front engine drives a rear-mounted transaxle. This is generally done for reasons of weight distribution, and is therefore common on sports cars. Another advantage is that as the driveshaft spins at engine speed it only has to endure the torque of the engine, instead of that torque multiplied by the 1st gear ratio. This design was pioneered in the 1934 Škoda Popular, and then in the 1950 Lancia Aurelia, designed by the legendary Vittorio Jano.

Since this placement of the gearbox is unsuitable for a live axle (due to excessive unsprung weight), the rear suspension is either independent, or uses a de Dion tube (notably in the Alfa Romeos). Rare exceptions to this rule were the Bugatti T46 and T50 which had a three speed gearbox on a live axle.

The Nissan GT-R is unique in that it uses a rear transaxle with an AWD layout, the transaxle in this case also contains the differential sending power back to the front wheels via a separate driveshaft.

Volkswagen and later Porsche made extensive use of transaxles in their rear (and mid) engined vehicles, including: 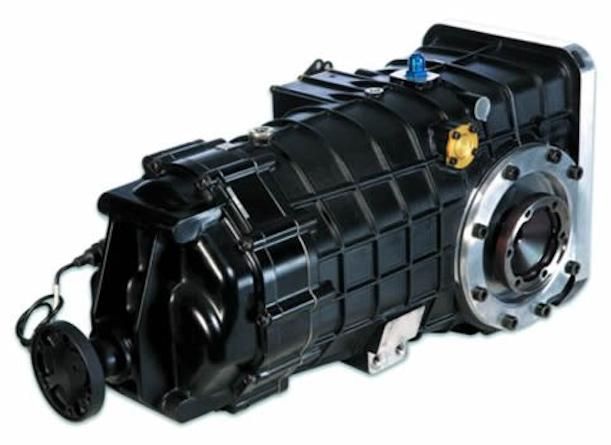 All Audi cars with longitudinal engines and their 'trademark' quattro four-wheel drive (4WD) system, along with their related marques from the Volkswagen Group which share the same layout, utilise a transaxle. This is mounted immediately behind the front-mounted engine (again, longitudinally) and contains the 'gearbox' (manual, automatic, DSG, or CVT), along with both the centre differential, and the front differential and final drive unit.

Other 4WD applications include: 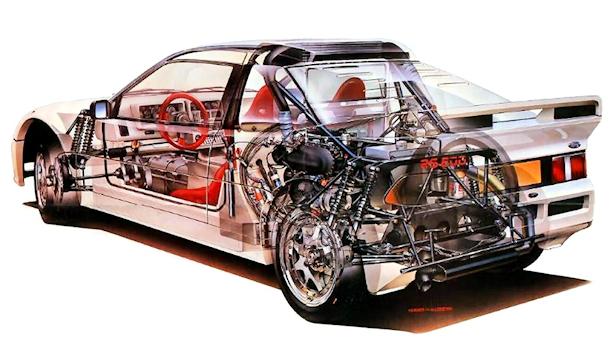