How a Transmission Clutch Works 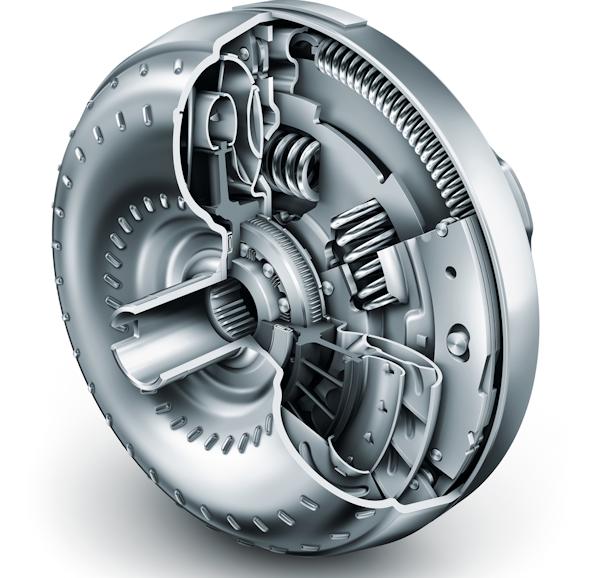 When your car is stopped or coming to a stop the engine needs to be disconnected  from the transmission  or the engine willstall. Withautomatic transmission  vehicles a torque converter  is used to separate the two units, but with manual transmission vehicles a clutch  assembly is used to do the job. This clutch kit or unit is composed of a clutch  disc, pressure plate, throw out and pilot bearings. (Some front wheel drive vehicles  do not use a pilot bearing). Both types of vehicles use aflywheel but are designed  a little differently.

An automatic  transmission has a lighter weight unit that the  torque converter bolts directly to and is sometimes referred to as a flex plate.  A manual transmission flywheel assembly is made heavier to help engine inertia and  to make shifting smoother. The clutch pressure place bolts to the flywheel trapping  the clutch disc in-between. The throw out bearing presses against the pressure plate  to engage and release the disc. The pilot bearing is mounted in the flywheel and  holds the input shaft for the transmission steady.