Slaby Beringer was a German manufacturer of cars, especially the electric car, which was produced from 1919 to 1924 in Berlin-Charlottenburg .

Born in Berlin in 1887, Rudolf Slaby was a son of Professor Adolf Slaby , lecturer at the Technical University of Charlottenburg and co-founder of Telefunken . Rudolf Slaby began his career in the German aircraft industry. After the peace treaty of Versailles aircraft construction was banned in Germany and Rudolf Slaby had to turn to other activities.

In 1919 founded  the company SB-Automobil-Gesellschaft mbH  for the production of small electric cars . The fabrication first started in Berlin-Charlottenburg in the former Sophienstraße 19-22 near today's TU Berlin .

Rudolf Slaby designed a small one-person car powered by an electric motor. This revolutionary development had a self-supporting body made of triplex plastic and was designed specifically for war invalids , but usually did not have the necessary money for a vehicle.

Jørgen Skafte Rasmussen , owner of the Zschopauer Motorenwerke , which produced two-stroke motorcycles of the DKW brand, met Rudolf Slaby in Berlin in the summer of 1919, who was traveling in the small electric car. Rasmussen was thrilled and immediately gave Slaby an order for a hundred of the cars called Slaby-Beringer , which he offered at the Leipzig Trade Fair. The weight was 180 kg including batteries. 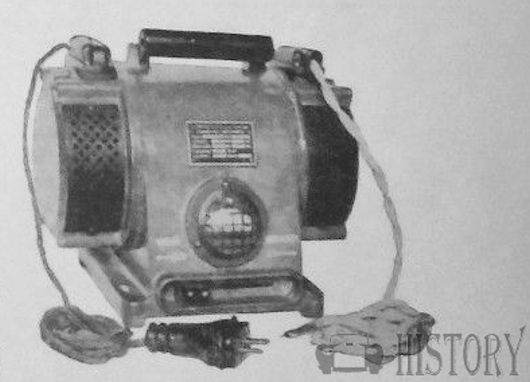 Later, Hermann Beringer convinced his cousin to build a two-seater powered by a DKW engine. From 1920, 200 SB cars were sold to Japan , which was subsequently the main market for electric vehicles. There, the cars were mostly ordered by state authorities and taxi companies. As a Japanese partner company, The Japan and German Electric Cycy Co. Osaka was founded.

Rasmussen continued to help the company financially and now began production of small cars with DKW gasoline engines. But even this helped little and in June 1924, the SB-Automobil-Gesellschaft had to file for bankruptcy. A total of 2005 SB cars have been built, of which 266 with DKW engine. On September 1, 1924, the production facility in Berlin was shut down.

In order not to lose his investments, Rasmussen took over remnants of the company from the bankruptcy estate and added them as JS Rasmussen AG, Berlin branch to his group. Rudolf Slaby became designer and technical director of Rasmussen's company and created the first DKW automobile in 1927/28. The DKW P 15 HP with a two-cylinder two - stroke motorcycle engine converted to water cooling was equipped with a self-supporting body made of plywood . 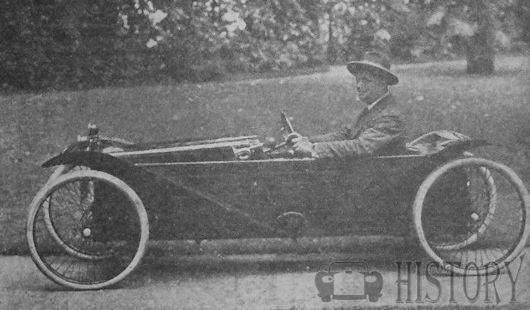