For the 1975 model year, the Econoline was given a ground-up redesign using an all-new platform. To improve interior room and engine access over both its predecessor and its competition, the engine was moved further forward; the hood was lengthened and flattened. A higher degree of parts commonality with the F-Series made itself known in the bodystyling: the vent windows, taillights, and wheels were common items between the two vehicles. In 1978, much of the Econoline's front end design would appear on the Transit Mk. 2. 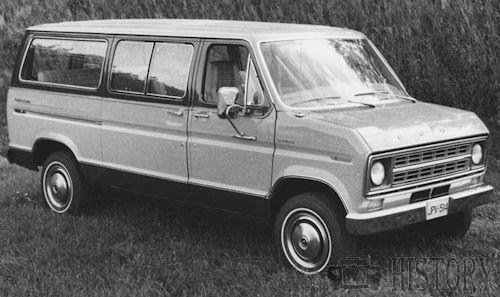 Inside, the drivers' compartment was redesigned with more ergonomic controls, many common with the F-Series. The Econoline was available in two wheelbases and three body lengths. In a massive growth spurt, the short-wheelbase model was 0.5 inches longer than the previous long-wheelbase model; the standard Econoline sported a 138-inch wheelbase, the longest until 1990.

Passenger vans (Econoline Wagons/Club Wagons) could seat between two and 12 passengers, depending on the number of seats installed; standard-length wagons typically held two bench seats behind the driver. In 1978, a 15-passenger "Super Wagon" was introduced on the same wheelbase as the standard-length van, using a body extension added to the rear of the vehicle.

With a full frame, its chassis could now be used for cutaway vans, the basis of buses, trucks, and ambulances. This was also the beginning of aftermarket four wheel drive conversions for the van.

For sixteen years, this generation of the Econoline would continue nearly unchanged over its entire production run. In 1979, a minor facelift added a new front grille; square headlights replaced the round units. In 1983, Ford's "Blue Oval" logo was integrated into the front grille. Van conversions became a popular alternative to sparse factory passenger accommodations. In the mid-1980s, the short-wheelbase (124-inch) bodystyle was discontinued, leaving the 138-inch wheelbase as standard. 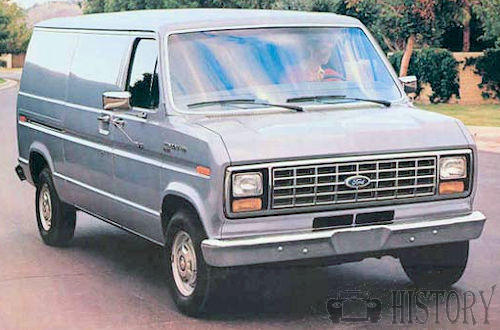 Although the 1986 Aerostar minivan would introduce styling far different from the Econoline, the basic styling of the full-size van would heavily influence the Ford Ranger (and its SUV offspring, the Ford Bronco II). A stillborn variant of the Econoline, the Ford Carousel, was planned for a 1975-1976 introduction. A potential predecessor to modern minivans, the Carousel was discontinued due to lack of funding.