Technically, Ford would not produce the Econoline for the 1968 model year. A United Auto Workers strike delayed the production of the redesigned model into late-spring 1968, delaying its introduction into the 1969 model year. 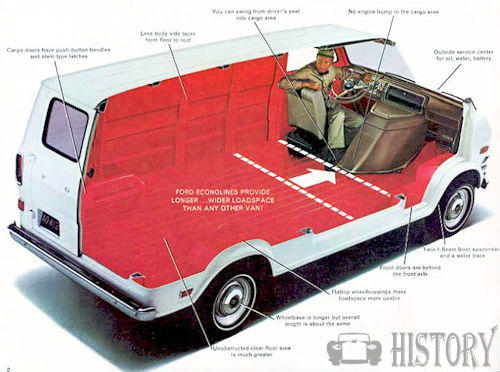 The redesigned 1969 Econoline would mark a major change for van design in North America. In a major shift from the Volkswagen-inspired cabover configuration seen before, the front axle was repositioned at the front end of the van; the "Twin I-Beam" front suspension was carried over from the F-Series trucks. Shedding its Falcon roots, the Econoline moved the engine forward of the driver, allowing for the use of heavier-duty powertrains, including the first V8 engines.

Over the next six years, the Big Three would all redesign their vans in a similar fashion. The Volkswagen-style mid-engine cabover configurations of the 1960s gave way to vans with engines in the front with a short hood. The shared components for full-size vans also switched from compact cars to full-size pickup trucks. 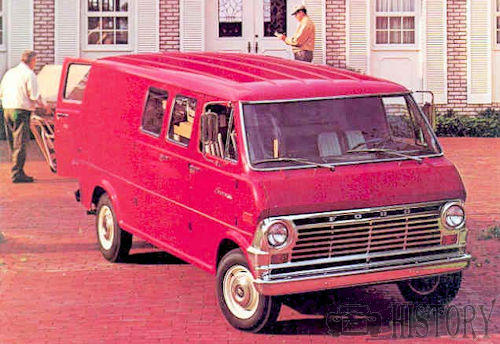 These were the first vans used as the basis for the now-popular Class C van-based recreational vehicles (RV), a class still dominated by Ford.

For 1971, the grille was redesigned, and a year later E-Series offered a new feature, and a new model. Sliding rear doors were an option for 1972, as well as the Hi-Cube van, the first van with a stripped chassis used for something other than recreational vehicles. 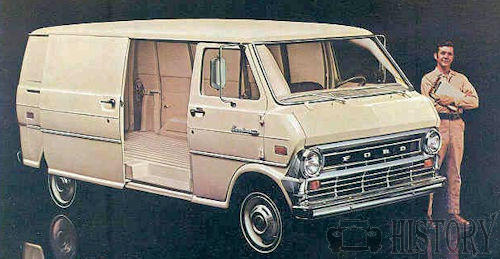 The top trim package Club Chateau was introduced with this generation, consisting of houndstooth fabric on all seats, air conditioning, AM-FM stereo, and the ability to accommodate nine passengers. 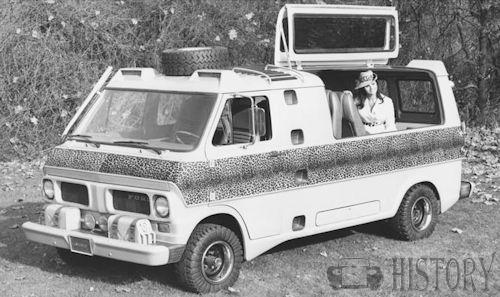 Dr. Metz After Tiffany creates a diversion in the gas station, Bond sneaks into the back of the van to gain access to the Whyte Techtronics facility.