The Consul was first shown at the 1950 London Motor Show and was the start of Ford of Britain's successful attack on the family saloon car market and replaced the larger-engined V-8 Pilot which had only been made in small numbers. It was given the Ford code of EOTA. 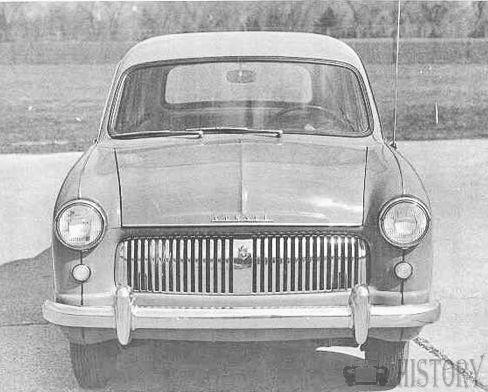 Most cars were 4-door saloons with body design by George Walker of the parent United States Ford company, but a few estate cars were made by the coachbuilder Abbott. From 1953 a convertible conversion by Carbodies became available. The body was reinforced by welding in a large X-frame to the floor pan. Unlike the more expensive Zephyr, the hood (convertible top) had to be put up and down manually. 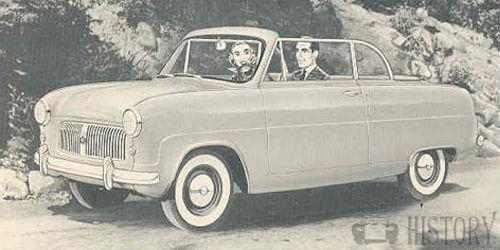 It was also the first car they built with up-to-date technology. The new 1508 cc 47 bhp (35 kW)  engine had overhead valves, and hydraulic clutch operation was used, which back in 1950 was an unusual feature. However, a three-speed gearbox, with synchromesh only on second and top, was retained. The Consul was also the first British production car to use the now-common MacPherson strut independent front suspension, and was the first British Ford with modern unibody construction. 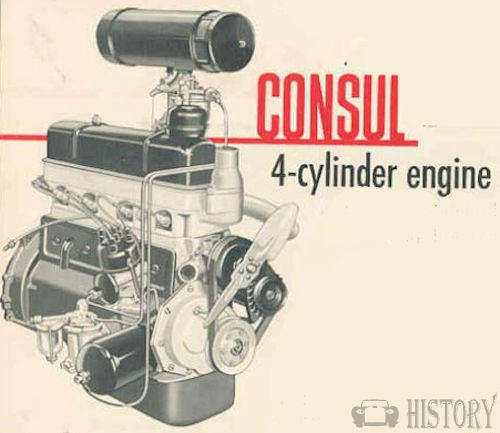 There was a bench front seat trimmed in PVC, and the handbrake was operated by an umbrella-style pull lever under the facia (dash). The windscreen wipers used the antiquated vacuum system: however, they were now operated from a vacuum pump linked to the camshaft-driven fuel pump rather than to the induction manifold as on Ford's earlier applications of this arrangement. Clearly keen to keep things positive, a 1950 road test by the British Autocar Magazine, reported that the wipers were "free from the disadvantage of early suction driven wipers that dried up at wide throttle opening ... and spare[d] the battery". The instruments, consisting of speedometer, ammeter and fuel gauge, were positioned in a housing above the steering column, and there was a full-width parcel shelf on which an optional radio could be placed. 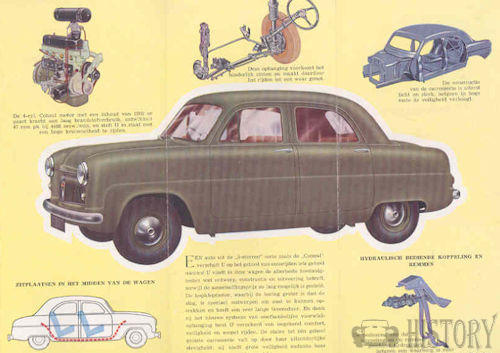 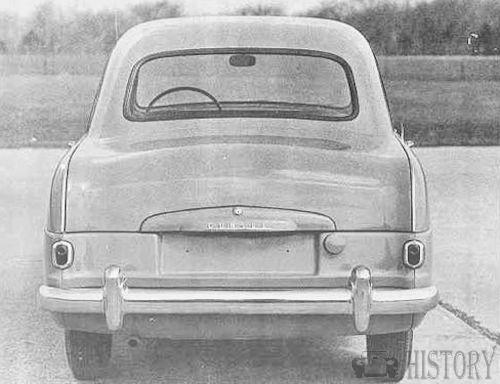