In 1956 a new Consul appeared with the Ford code of 204E. The car was still the four-cylinder sub-model of the Zephyr range, with which it shared the same basic body shell. Compared with the original it had a longer wheelbase, larger 1703 cc, 59 bhp (44 kW) engine and a complete restyle, based on the US, 56 Thunderbird and Fairlane. One thing not updated was the windscreen wipers, which were still vacuum-operated. The roof profile was lowered in 1959 on the Mk2 version, which also had redesigned rear lights and much of the external bright work in stainless steel. Front disc brakes with vacuum servo appeared as an option in 1960 and were made standard in 1961 (4-wheel drum brakes only, in Australia). The name became the Consul 375 in mid-1961. 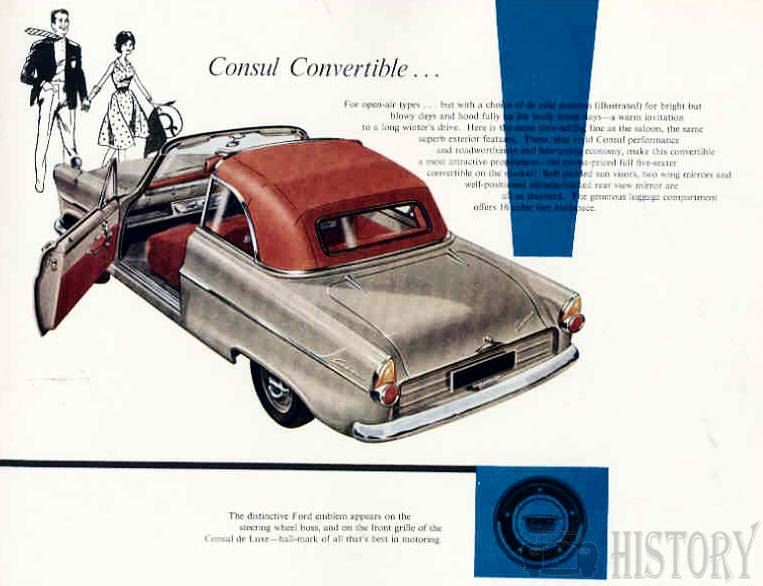 The convertible version made by Carbodies continued. A De Luxe version with contrasting roof colour and higher equipment specification was added in 1957. The Australian market had factory-built versions of the pick-up (utility) and estate car (station wagon), as well as a locally engineered version of the saloon. They were also imported by Ford of Canada as a companion to the Falcon. 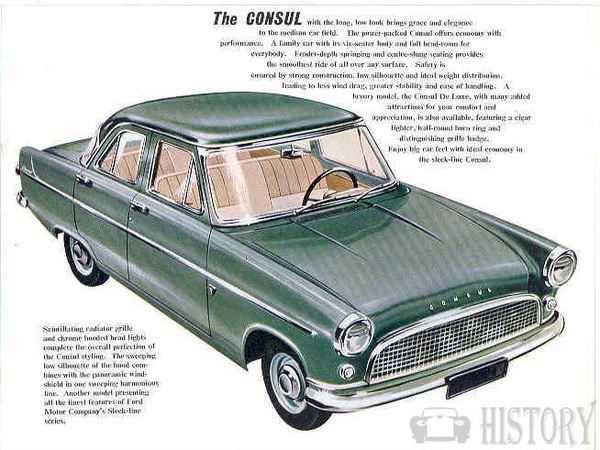