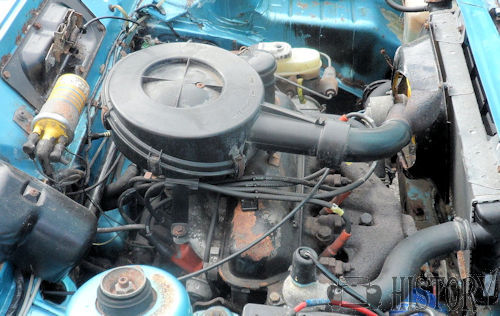 The Ford Kent is an internal combustion engine from Ford of Europe. Originally developed in 1959 for the Ford Anglia, it is an in-line four-cylinderoverhead-valve–type pushrod engine with a cast-iron cylinder head and block.

The Kent family can be divided into three basic sub-families; the original pre-Crossflow Kent, the Crossflow (the most prolific of all versions of the Kent), and the transverse mounted Valencia variants.

Destined for the American market, beginning with the 1977 model year, the Valencia plant began manufacturing a 1.6L, 63BHP, five-main bearing version that included a low emission bowl-in-pistons combustion chamber design based on the Crossflow head, and was equipped with a Dura-Spark electronic ignition. This version was used in the short-lived (1977-1980) USA-market Mk1 Fiesta. This engine would be later used in the XR2 version of the Mk.1 Fiesta, using the US 1600 bottom end and GT spec head and cam. 1.3L versions of the Mk I Fiesta also used the Crossflow, as opposed to the Valencia . 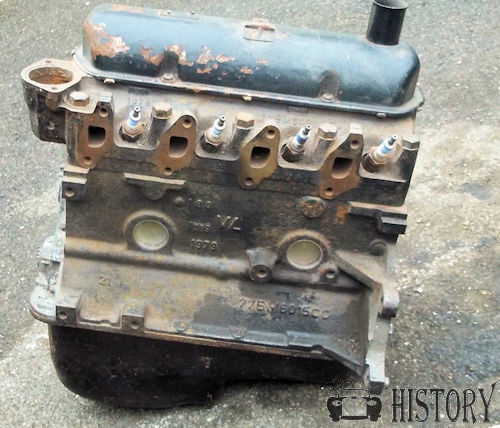 A redesigned version of the Kent engine was conceived to suit transverse installation in 1976, primarily for the Mk1 Ford Fiesta, although entry level versions of the Escort Mk3 also used the engine. This derivative would go through two major revamps in 1988 and 1995 and would be a mainstay of Ford's entry level compact range for nearly 25 years.

For adapting the Kent Crossflow for front wheel drive the ancillaries were repositioned, and the cylinder block shortened by 30mm. This decision was taken in order for the engine to fit transversely across the Fiesta engine bay, whilst still allowing the transmission unit to be comfortably removed for clutch replacement. This difference however means that very few parts of the Valencia engine are interchangeable with a Crossflow. Interestingly however, Ford ended up installing the Crossflow engine into the Fiesta anyway, when the market demanded a 1.3L capacity, and later a 1.6L version for the North American market models - ultimately the 1.6L Crossflow also was used in the Mk1 Fiesta XR2 when the North American market Fiesta ceased production in 1980.

In addition to these changes, the Valencia featured a new transmission flange to suit the BC4/5 transaxle and the cylinder head redesigned using flat-top pistons and the traditional combustion chamber in the head. Although internally named within Ford as "L-Series" it became better known as the Valencia to the wider world, after the new Spanish factory built for its manufacture, but eventually the name was officially adopted by Ford as well - although in sales literature it was always called simply OHV. It was available in 957 cc and 1117 cc versions. 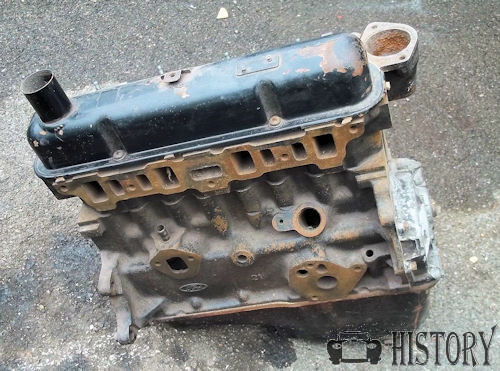 A five bearing 1.3 L (1296 cc) version of the Valencia became available in 1986 for the facelift "Erika-86" version of the Escort and Orion, replacing the similarly sized CVH unit, which increased to 1392 cc for higher specification models. The cylinder heads and pistons were modified in 1986 for unleaded fuel and the cams changed to meet the new European emissions standards along with the addition of electronic ignition. 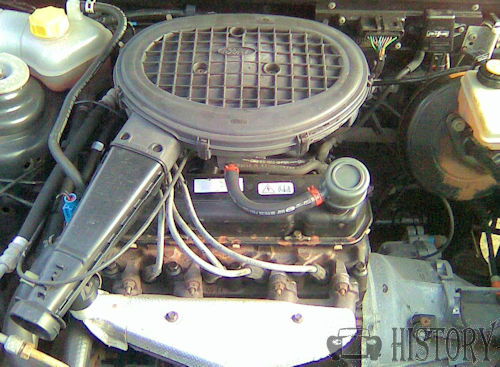 In 1988 the second generation of the Valencia unit was launched to meet with tightening European emissions legislation. The redesign included an all-new cylinder head with reshaped combustion chambers and inlet ports, and a fully electronic distributorless ignition system. The engine was renamed the Ford HCS (standing for High Compression Swirl), although some internal Ford service publications call it the Valencia-HCS in reference to its heritage.

It first appeared in 1118 cc and 1297 cc guises on the Ford Escort and Orion for the 1989 model year, and on the then new Ford Fiesta Mark III the same year, which also offered a smaller 999 cc version to replace the older 957 cc Valencia.

The HCS is distinguishable from the original Valencia by the "mirrored" arrangement of the spark plugs (they appear to "point inward" towards each other), the block, head and rocker cover being painted gray (the original Valencia was painted black), the presence of a crankshaft position sensor just above the starter motor, and the absence of a distributor drive on the rear face of the cylinder block.

The arrival of the Duratec-E engine in the fifth generation Fiesta range in 2002 has finally signalled the end of the engine's use in production vehicles after a 44-year career, although the Valencia derivative is still in limited production in Brazil, and produced as an industrial use engine by Ford's Power Products division, where it is known as the VSG-411 and VSG-413.