Automotive manufacturer Järvenpää Finland From 1985 to 2002. 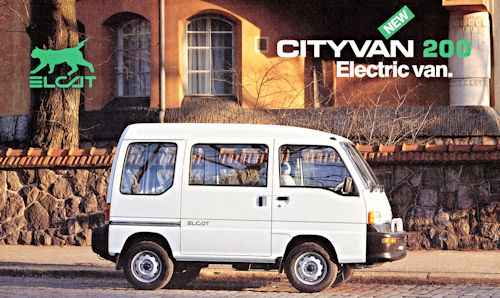 Elcat Electric Vehicles was a Finnish manufacturer of automobiles .

Elcat Oy from Helsinki undertook since 1975 experiments with electric cars . The company founded Elcat Electric Vehicles in 1985 in Järvenpää . In that year began the development, and in 1990 the production of automobiles. The brand name was Elcat . 2002 ended the production. In total, over 200 copies were created. The main customer was the Finnish Post.

The vehicles were electric cars. The production took place in cooperation with Subaru .

Most of the vehicles were small vans based on the Subaru Sambar . For the model Cityvan 202 90 kmh maximum speed and 80 km range.
.