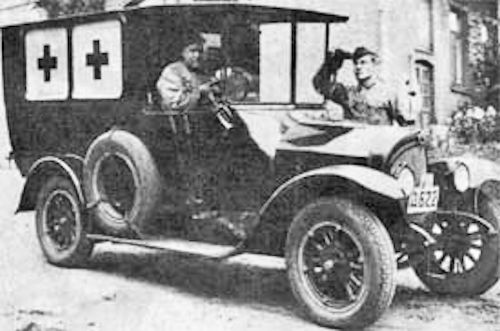 Finlandia was a Finnish car and van manufacturer from the 1920s

The company a manufacturer and coachbuilder PJ Heikkilä began in 1923 in Helsinki with the production of automobiles.  The brand name was Finlandia . In the same year ended the production.  Total produced two passenger and some commercial vehicles.

The drive was provided by built-in motors from American production.  The vehicles possessed a pointed radiator.  The cars were karosseriert as an open touring car. Participation in car racing led to no success.  The fire and ambulance department in Helsinki used there commercial vehicles.