The Daimler Eighteen or Daimler DB18, a 2½-litre version of the preceding 2.2-litre New Fifteen introduced in 1937.

Using the engine developed for the Daimler Scout Car,it was offered to customers from 1939 as a six-cylinder chassis on which Daimler and various British coach builders offered a range of bodies including drop-head coupes.

The model was introduced immediately before the start of the World War II, during which the company was compelled to concentrated on the manufacture of military vehicles. Therefore most DB18s were produced after 1945.

To contemporaries the model was generally known as the Daimler 2½-litre until Daimler adopted the North American habit of giving their cars names (although not on any badgework), and a slightly updated version of the car was introduced in October 1948 at the London Motor Show, "principally for export" and branded as the Daimler Consort. The updates included the integration of the firewall into the body rather than it being part of the chassis, a move from rod operated mechanical brakes to a Girling-Bendix hydraulic front and rod operated rear system, incorporating the head lights into the front guards, and providing a badge plate behind the front bumper with a more curved radiator grille. 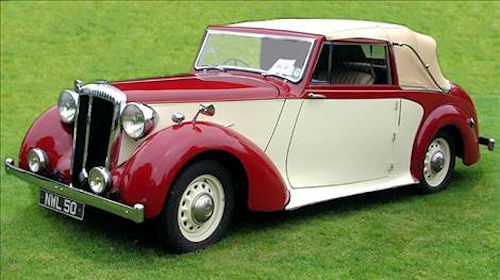 The car was supplied with the Daimler Fluid Flywheel coupled to a 4-speed Wilson Pre-selector gearbox. The independent front suspension used coil springs, while the back axle was suspended using a traditional semi-elliptical set-up. The chassis was "underslung" at the rear with the main chassis members passing below the rear axle. In mid-1950 the restricted ground clearance was improved by the adoption of a conventional hypoid bevel drive to the rear axle replacing the traditional Daimler underslung worm drive which had hampered sales outside Britain. 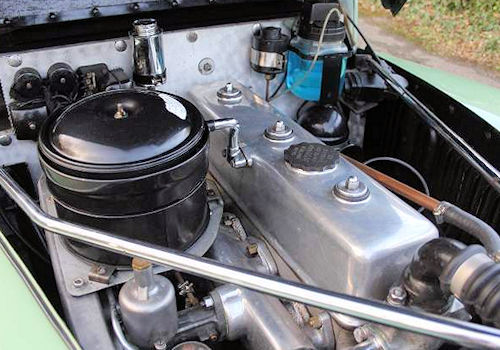 Although offered originally as a chassis only model, post-war the most common version was a four-door saloon which Daimler themselves produced. The interior was fitted out with traditional “good taste” using mat leather and polished wood fillets. By the early 1950s, this coachwork was beginning to look unfashionably upright and “severe yet dignified”.

In 1939, Winston Churchill commissioned Carlton Carriage Co to build a drophead coupe on a DB18 chassis, chassis No.49531. Never used until post-World War II, he used it to campaign both the 1944 and 1948 general elections.

Sales levels were respectable: 3,355 Daimler 2½-litres were produced and 4,250 Consorts The Consort became a popular car among the wealthy in India. All together over 100 cars were ordered mainly by the Maharaja's in India and a further dozen were ordered by Royalty in Ceylon and Burma.