The Daihatsu Fellow is a passenger car model from the manufacturer Daihatsu with the internal designation L37. The kei-car was equipped with a 360-cc engine and rear -wheel drive with a box-type ladder frame chassis and could seat four people. Daihatsu introduced the Fellow, also known as Daihatsu 360 in export markets. it came in Standard, Deluxe and Super Deluxe equipment levels with a carrying capacity of 794 1b, 360 kg. Also available as small commercial vehicles with a Fellow Van and pickup truck.

The predecessor the HI jet L35 was available as a truck and car variant. Daihatsu decided to market the car models as Fellows and the trucks as HI jet for the next generation of vehicles. In April 1970, Daihatsu introduced the successor, the Fellow Max, which was internally called the L38. 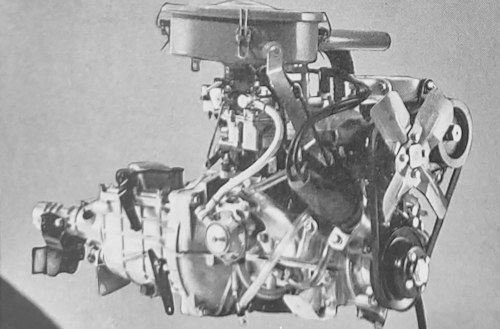 the L37 was conventionally built with a front-mounted engine and rear wheel drive, the distribution of weight was 54.4% to the front axle and 45.6% to rear axle. It used the 356 cc, water-cooled two-cylinder two-stroke "ZM" engine already seen in the HI jet and a four-speed manual transmission. The self-lubricating Oil-Matic engine weighed only 58 kg (128 lb) with a cylinder head in light alloy fitted with a single Mikuni-Solex down-draught single barrel carburettor.

A sportier version of the Fellow SS, the P-5 with the SS engine, was unveiled in 1967 as a sportscar prototype a la Le Mans. In October 1967, The Fellow saw a minor facelift as well, with the dashboard and steering wheel being the most obvious changes. Due to new safety standards, a fixed driver's side headrest and seatbelts were added in January 1969, which was a small alteration. The lesser engine's output was raised to 26 PS in July along with what could be considered a makeover (the front bumper was now mounted higher), and a relatively opulent "Custom" version was added at the top of the list. The taillights' size also slightly increased. In September 1969, the Daihatsu Fellow Van EV, an electric variant, went on sale.