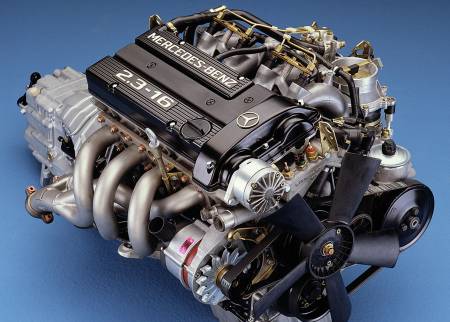 Cosworth’s involvement with Mercedes-Benz came with moves in the mid-1980s from the German manufacturer to re-enter motorsport the new W201 Chassis (190E Model) and turned to the expertise of Cosworth to shorten the development time for this project.

The request was a huge surprise for Cosworth, and the original brief for a 320 bhp engine based on the 136 bhp Mercedes M102 2.3-litre SOHC 4-cylinder engine was duly passed to Mike Hall, who “drew the famed DFV and BDA engine”. Designed around the existing M102 head bolt pattern, the new twin cam, 16-valve, pentroof head, had its valves set at 45° included angle, rather than the 40° angle of the BDA. The valves were the biggest that could be fitted into the combustion chamber. Flat top pistons delivered the 10.5:1 compression ratio. The new Cosworth WAA engine also was Cosworth’s first one-piece head, i.e. the camshaft carrier was cast integral with the head itself. Again the constraints of the existing head-bolt pattern meant that Hall had to shift the camshaft bearings from outside each pair of camlobes as in the BDA to in between each cylinder's pair of cam lobes. The upside being that this configuration made for less flex at high rpm. 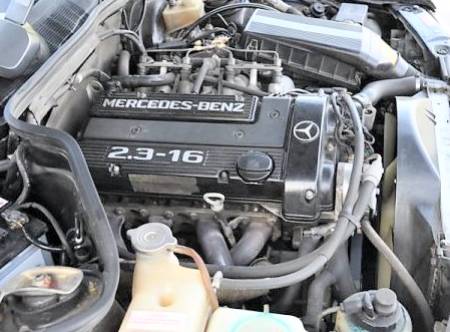 The advent of the AWD turbo Audi Quattro gave the rear-wheel-drive, normally aspirated 190E rally car no chance of being successful and the competition car was stillborn. Instead Mercedes-Benz decided to recoup its development cost by selling the car as a road going sports-sedan. Hall detuned the WAA race engine to 185 bhp by reducing the port diameters and a more restrictive fuel injection and induction was substituted for the race items to complete the detune. All WAA 2.3-16 engines were built in the Cosworth factory with the heads being produced by the Coscast method. 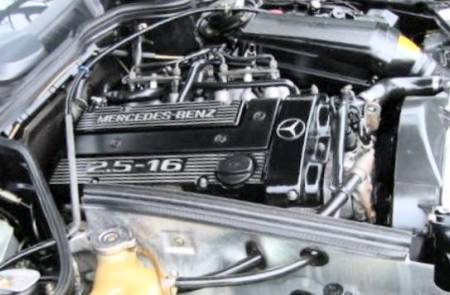