The Impala was restyled on the GM B platform for the first time in 1961. The new body styling was more trim and boxy than the 1958–60 models. Sport Coupe models featured a "bubbleback" roof line style for '61, and a unique model, the 2-door pillared sedan, was available for 1961 only. It was rarely ordered and a scarce collectible today. The rare Super Sport (SS) option debuted for 1961. This was also the last year the top station wagon model would bear the Nomad name. Power brakes were $43.

The 1962 model featured new "C" pillar styling for all models except the 4-door hardtop. Sport Coupe models now featured the "convertible roof" styling, shared with other GM "B" full-size hardtop coupes. This style proved extremely popular, and contributed to the desirability of the '62–'64 Impalas as collectibles. The "overhang" roof style of the sedans was replaced with a more attractive, wider "C" pillar with wraparound rear window. Engine choices for '62 settled down, the 348-cubic-inch (5.7 L) V8 discontinued and replaced by the 340 brake horsepower (250 kW) 409-cubic-inch (6.7 L), which could be ordered with any transmission. The small-block 283 was enlarged to 327 cubic inches (5.4 L), which added more engine choices for small-block fans. The Beach Boys produced a hit single, "409," referring to the Chevy, which became an iconic song for these cars.

Impalas again featured premium interior appointments, plusher seats, and more chrome trim outside, including a full-width aluminum-and-chrome panel to house the triple-unit taillight assembly. Super Sport (SS) models featured that panel in a special engine-turned aluminum, which was also used to fill the side moldings, making the SS more distinctive in appearance. Impala also gains the top station wagon after the Chevrolet Nomad is gone. Due to reliability problems, the optional Turboglide automatic transmission was discontinued, leaving Powerglide the only automatic transmission available until 1965. A new radio was optional.

Among collectors, the 1963 Impala is the most popular for its body style, though it was almost mechanically identical to the 1962 model. The 1963 Impala's distinctive body style has crisp lines with pointed front and rear fenders which emphasize the long, low style of car design popular in the early 1960s. The rear taillight panel was aluminum, and was surrounded by a chrome border with the engine-turned surface on SS models. Engine choice was similar to '62, with the small-block 283-cubic-inch (4.6 L) and 327-cubic-inch (5.4 L) V8s the most popular choices. The Sport Sedan featured a new, creased roof line that proved popular. A new "coved" instrument panel was good-looking, but replaced the temperature gauge with "idiot lights" for hot and cold engine conditions. An optional factory tachometer was built into the dash, just above the steering wheel. It was rarely ordered, but gave the Super Sport models an extra feel of sportiness.

For 1964, the Impala was slightly restyled, reverting to a more rounded, softer look. The signature taillight assembly had an "upside-down U" shaped aluminum trim strip above the taillights, but the lights themselves were surrounded by a body-colored panel. The 409-cubic-inch (6.7 L) returned as the big-block option, as well as the 2X4 carburetor setup for the 425 horsepower motors. SS models continued to feature the engine-turned aluminum trim. Rooflines were carried over from '63 unchanged. Back-up lights were standard.

Right hand drive cars were made at GM's Oshawa plant in Canada and often shipped overseas in kit form for assembly in South Africa and New Zealand. The RHD cars – Chevy or equivalent Pontiac (built on Chevrolet frames and using Chevy engines in Canada)– all used a RHD version of the LHD 1961 Pontiac dashboard. 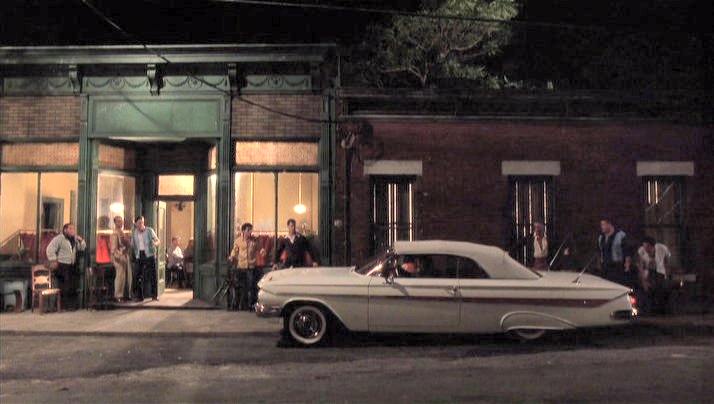 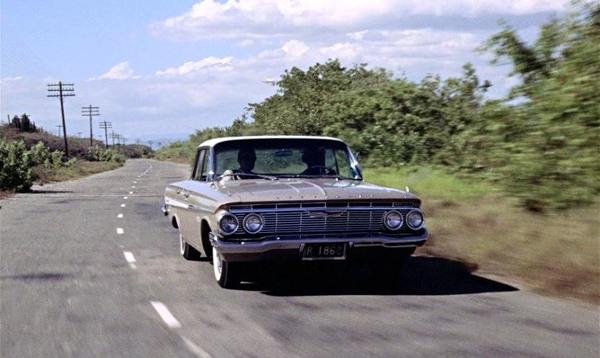