Automotive manufacturer of Pembrokeshire.Great Britain from 1997 to 2007. 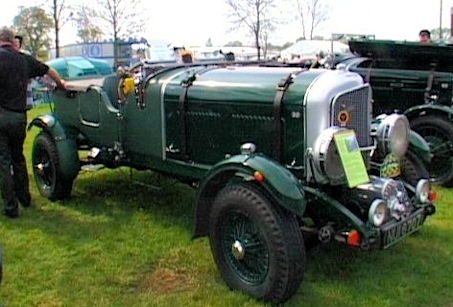 1997 Bryan Pickup founded the company Sherpley Car Company in Oldham in the county of Greater Manchester . He started producing automobiles and kits . The brand name was Sherpley , a composite of the words Sherpa and Bentley . 2004 took over Glen Elliott, the company, renamed it in Sherpley Motor Company around and moved the seat of  in Pembrokeshire  Wales. 2007 ended production. In total, about 27 copies were made.

The Speed ​​Six was based on a combined Sherpa ladder frame and essential parts of the Ford Granada . As a result, the vehicle was difficult to manufacture and had difficulty in obtaining approval. A V6 engine from Ford with either 2300 cc displacement or 2800 cc capacity propelled the vehicles. The open body was designed as a touring car and was made of fiberglass . From this model created about twelve copies.

In 2000, the Speed ​​Four supplemented the range. The original chassis of the Sherpa was a major simplification, although the engine and radiator were moved 91 cm to the rear. This model found about 15 buyers.